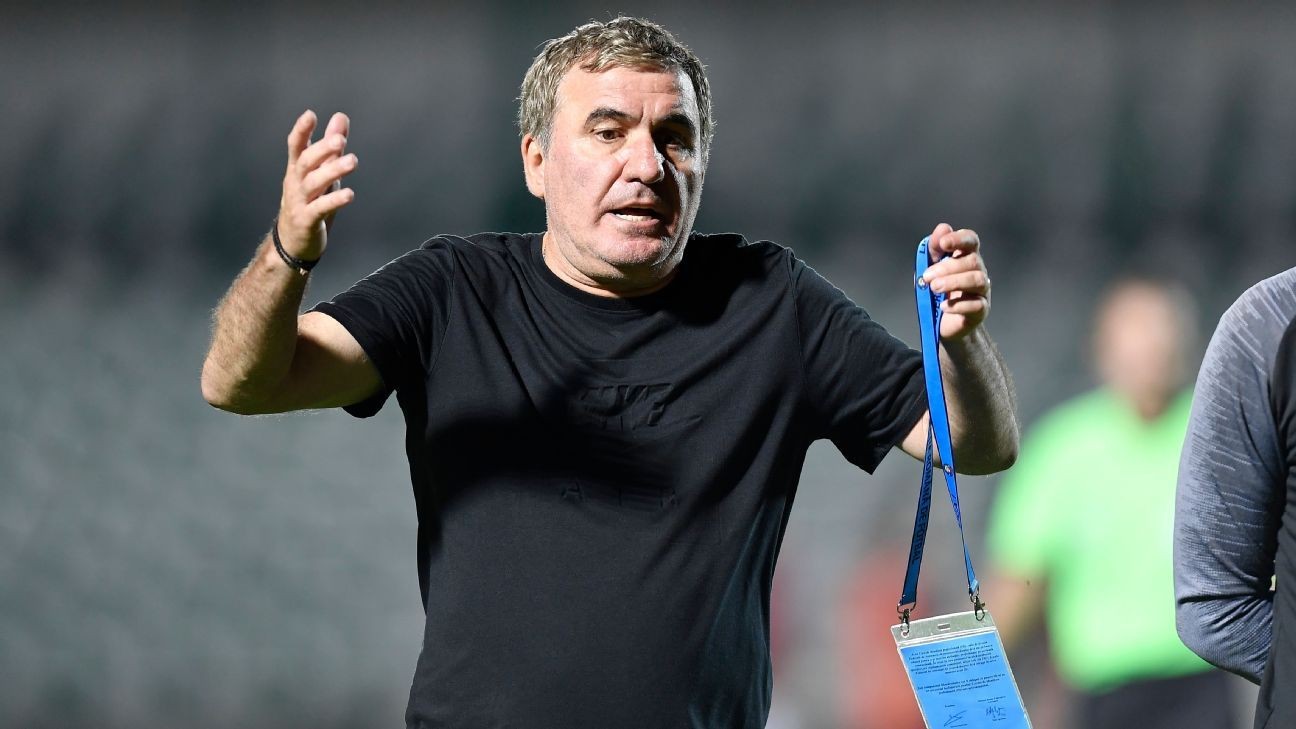 Romania great Gheorghe "Gica" Hagi has stepped aside as manager of his own club Viitorul Constanta on Sunday following a poor run of performances.

Hagi said in a statement that "together with the president of the club we will have to find a new manager in the next days."

Viitorul failed to qualify for the playoffs between the top six teams in the domestic league.

Hagi, nicknamed "The Maradona of the Carpathians" and considered Romania's all-time greatest player, founded Viitorul in 2009 and still owns the club, known for nurturing young talent in the Black Sea state.

He led his club to their maiden Romanian title in 2017 and the Romanian Cup as well as the domestic Supercup last year.

Hagi, who won 124 international caps and went to three World Cups, played for several top European clubs including Real Madrid and Barcelona. He won the UEFA Cup with Galatasaray in 2000.