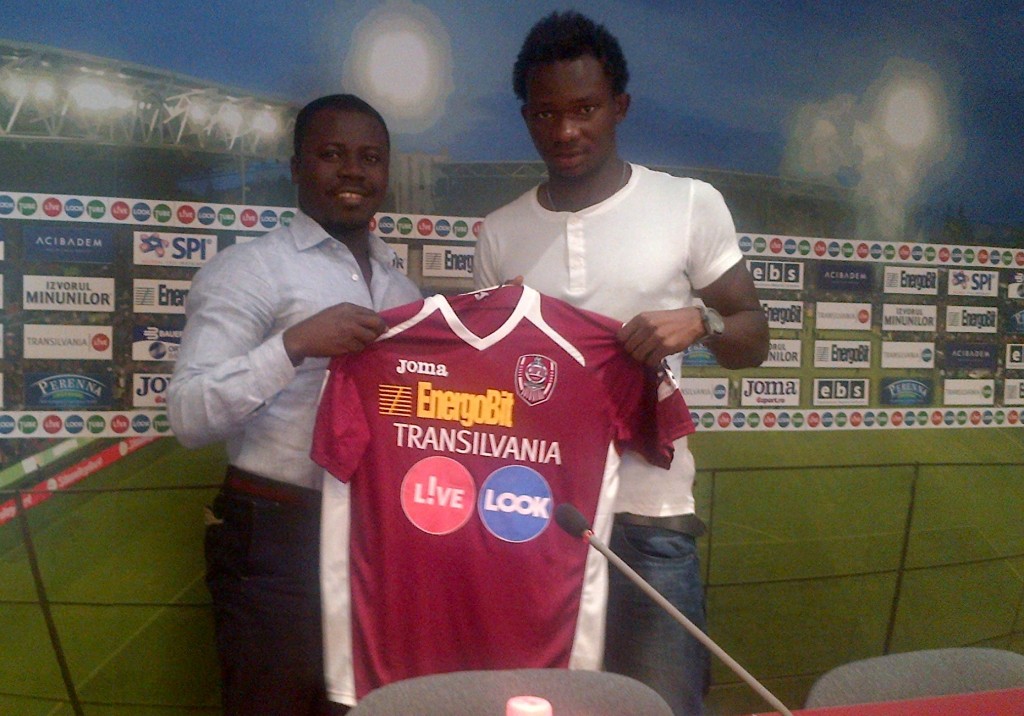 Ghana Under-20 midfielder Godfred Adofo has signed for CFR Cluj on a season-long loan deal, MTNFootball.com can exclusively reveal.

The Romanian champions have the option to buy 50% of the player's commercial rights from Parma and make his deal permanent.

Adofo, captain of Parma's Primavera side, will have the opportunity of playing UEFA Champions League football with the White-Burgundies.

His representative Oliver Arthur admitted that played a role in the youngster's exit from Stadio Tardini.

"The decision to accept the Cluj offer by the ArthurLegacy Sports Management Ltd [his company] was informed by prospect of first team football which should brighten his chances of getting a Black Stars call-up," FIFA Players' agent Oliver Arthur said.

Adofo rejected offers from Swiss side FC Zurich, Spanish side Valencia and a host of Italian clubs.

He is expected to play a role in Ghana's qualification to the 2013 African Youth Championship finals.