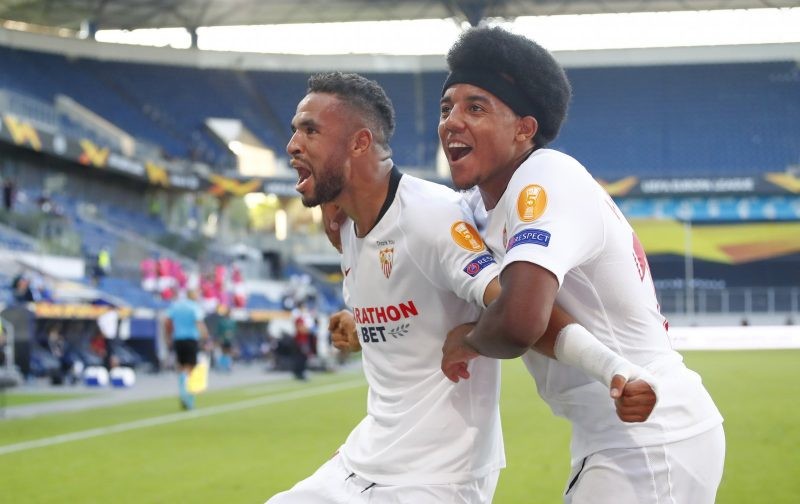 Roma’s Europa League adventure came to a disappointing end on Thursday as they fell to a 2-0 defeat to five-time winners Sevilla in Duisburg.

Sergio Reguilon and Youssef En-Nesyri struck to give the Spaniards a deservedly comfortable lead at half-time, but Pau Lopez and Roger Ibanez were guilty of bad errors for the goals.

The last-16 clash took place in Germany over a single leg after originally being postponed in March due to the coronavirus outbreak, and came on the day that the Giallorossi confirmed an agreement had been reached for the Friedkin Group to purchase the club for €591 million. There was an early warning sign for Roma when Jules Kounde was left completely unmarked to crash a header off the bar from a corner, the first of several defensive errors that plagued their first half performance.

Sevilla went in front after 22 minutes when Ever Banega’s cross-field pass found Reguilon, who burst through the Roma defence with a diagonal run before firing a low shot under Lopez, who should’ve done better.

The Spaniards then doubled their lead on the brink of half-time thanks to another individual error. Ibanez dived off his feet to try and stop Lucas Ocampos as Sevilla broke forward, but the Argentine skipped past him, pulled a cross to the back post from the byline and En-Nesyri tapped in. Roma showed some improvement after the break, as Henrikh Mkhitaryan dragged a shot wide and Edin Dzeko fired an effort just over.

But Sevilla came closest to a second-half goal, as Kounde was denied by the offside flag after tucking in a cross at the back post, before a late Banega free-kick rattled the bar.

Things went from bad to worse for the Lupi in the dying moments of the game, as Gianluca Mancini was sent off following a VAR review for elbowing an opponent in the back of the head.