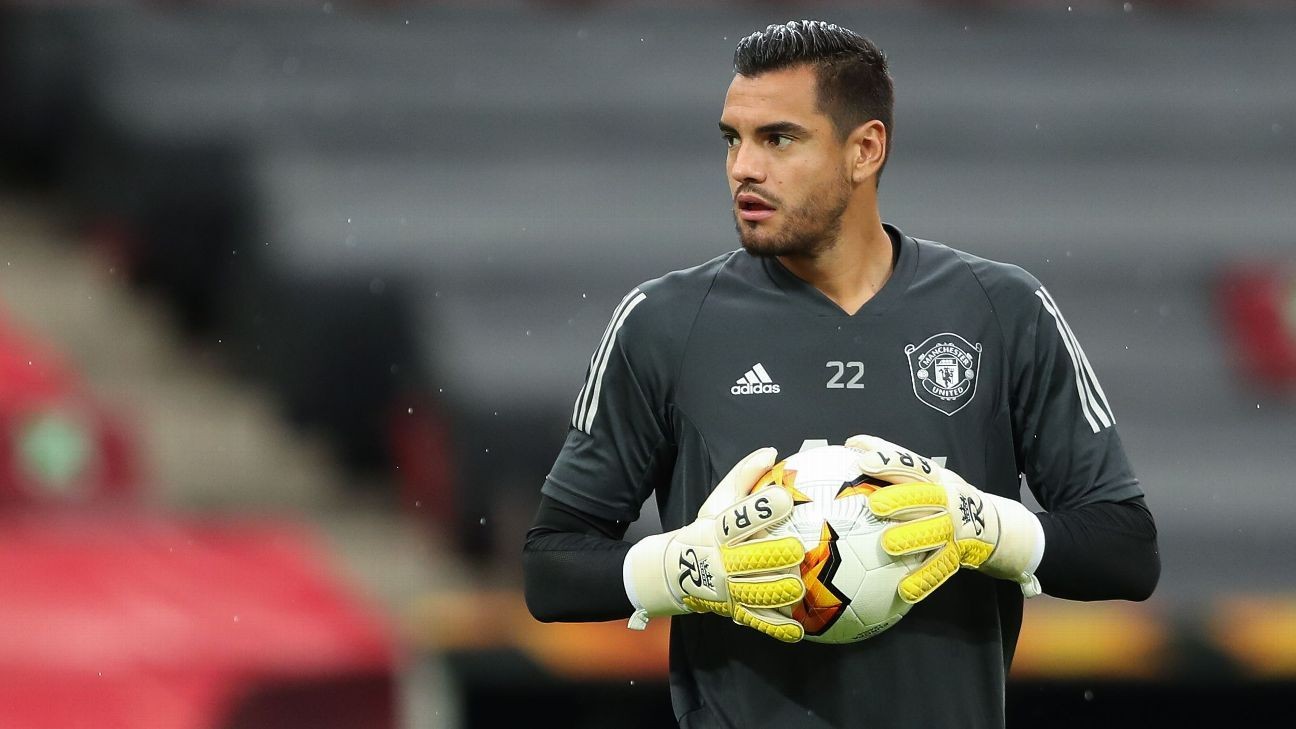 Marcos Rojo, who was left out of the Champions League squad along with Romero and Jones, has been included.

New signings Edinson Cavani and Alex Telles are also in, while 18-year-old winger Facundo Pellistri has been placed on the Under-21 list with Mason Greenwood, Brandon Williams and Teden Mengi.

Jones, who still has a minimum of three years left on his contract at Old Trafford after signing a long-term extension in February 2019, is currently injured and hasn't featured for Ole Gunnar Solskjaer's first team since in a 6-1 win over Tranmere in the FA Cup on Jan. 26.

Romero played the bulk of United's games in the FA Cup and Europa League last season but was replaced for the semifinals in both competitions by David De Gea.

Earlier this month, a number of United players expressed their disappointment at the treatment of Romero, sources told ESPN.

The 33-year-old has slipped down the pecking order after Dean Henderson's return from a successful loan spell at Sheffield United. Lee Grant, 37, has been included as United's third choice goalkeeper in both the Premier League and Champions League squads.