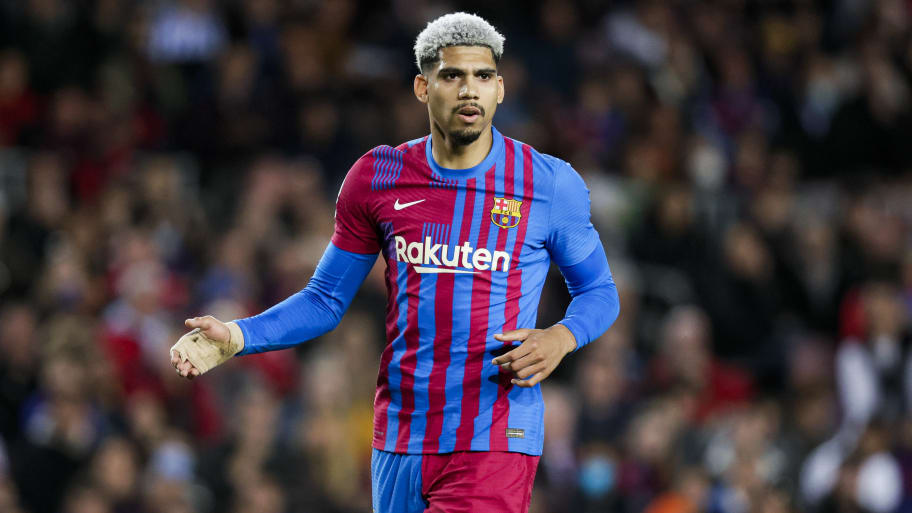 Barcelona centre-back Ronald Araujo has stressed that he never let the promise of the Premier League's riches distract him from signing a contract extension at Camp Nou.

The young centre-back, who has been among Barcelona's top talents this year, was approaching the final 12 months of his previous deal and knocked back early offers of an extension, with English trio Manchester United, Chelsea and Liverpool all rumoured to be following his situation.

Some fans had started to get nervous about whether or not he would leave, but Araujo eventually put those fears to bed by inking a four-year extension earlier this month.

Speaking to ESPN, Araujo insisted that he never wanted to leave Barcelona and claims he snubbed the chance to earn more money in England.

"I am really happy and I am convinced that staying is the right decision because there are good years ahead for the club," he said. "I was always certain I wanted to stay. There were big offers from abroad, but I'm happy at Barcelona. My family love it here and the fans and my teammates have always made me feel at home.

"I'm grateful for the effort the club have made. We all gave a little bit to reach an agreement, which is what we all wanted.

"[The Premier League interest] didn't distract me at all. I was convinced what I wanted. It's true money is a factor, but for me it's not the most important thing. I am happy at Barcelona."

Araujo also offered his backing to manager Xavi and potential success in the future, saying: "I am convinced that with the team and the project we are building [with coach Xavi Hernandez] we are going to achieve a lot of things in the future."

This article was originally published on 90min as Ronald Araujo admits turning down Premier League offers.