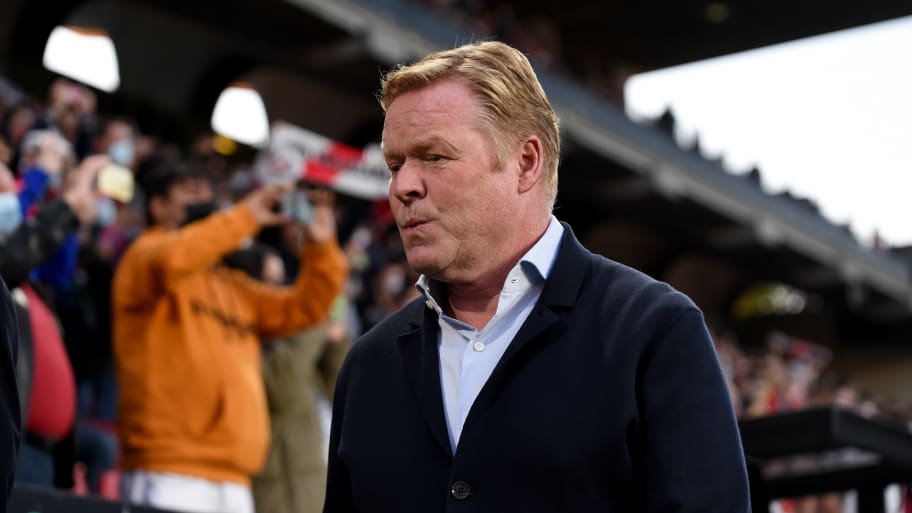 Ronald Koeman has been sacked by Barcelona after a terrible start to the 2021/22 season.

Barça were beaten 1-0 by Rayo Vallecano on Wednesday night and subsequently dropped to ninth in La Liga's table.

Spanish sources told 90min that Koeman would receive his marching orders after the loss at Vallecas and an official announcement from the club came late on Wednesday night.

Barcelona thanked Koeman for his services and wished him good luck in his career in a short statement.

It's understood that Barcelona's first loss to minnows Rayo since 2002 was the straw that broke the camel's back.

In addition to their domestic woes, Barça have also made a horrendous start to the new Champions League campaign and are at real danger of missing out on reaching the last 16 for the first time since the competition was reformatted in 2003.

Koeman ran out of time to save his job after being given the dreaded vote of confidence by club president Joan Laporta, and Barcelona have been working hard to secure Xavi as his successor long before the Dutchman was even sacked.

The former Blaugrana midfielder has been in charge of Qatari side Al-Sadd since 2019 and has been hugely successful as their head coach.

If Joan Laporta is unable to convince Xavi to 'come home', then B team coach Sergi Barjuan is in line to become interim boss. Marcelo Gallardo - whose contract with River Plate runs until the end of 2021 - is also an option if Xavi is not willing to return to Camp Nou.

This article was originally published on 90min as Ronald Koeman sacked by Barcelona.