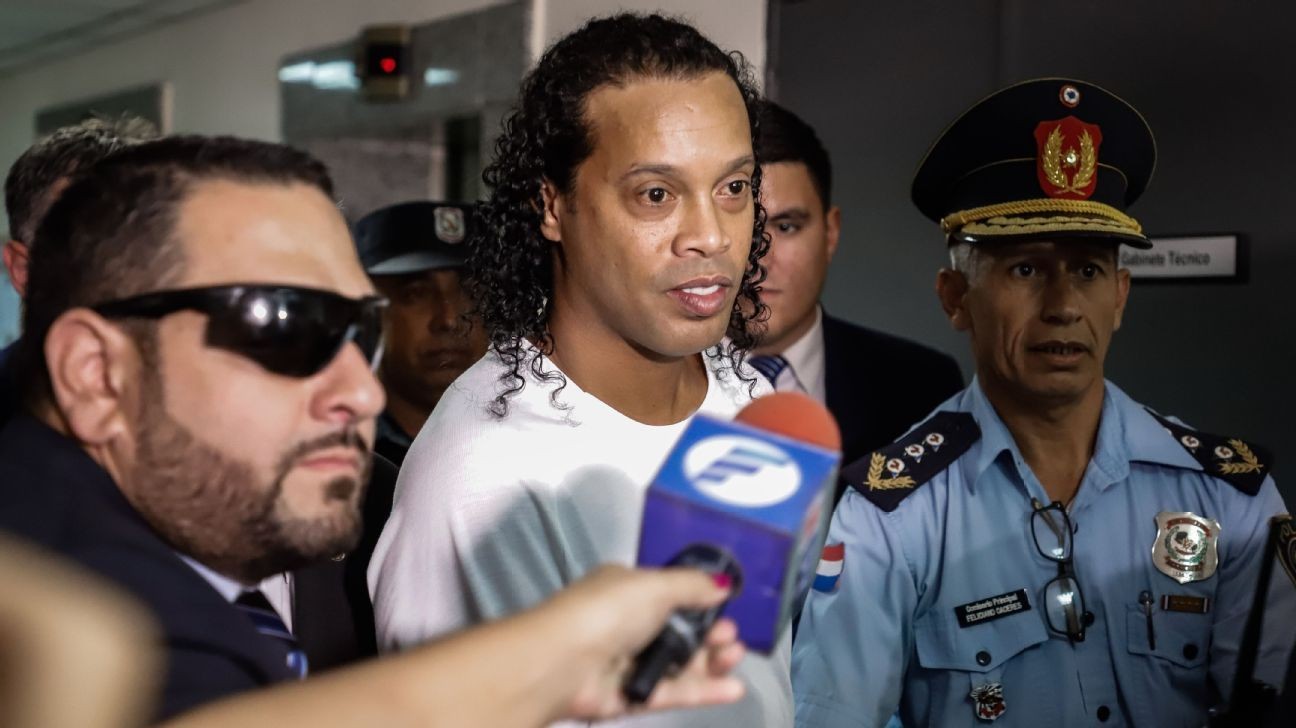 Ronaldinho and his brother Roberto de Assis are set to be released from custody in Paraguay on Aug. 24, the date when a judge will ratify their plea bargain agreement.

The ex-Brazil and Barcelona forward and Roberto were arrested in March for entering the country with false passports and spent 32 days in jail.

The Ballon d'Or winner and his brother then paid $800,000 each in bail and were moved to a luxury hotel in the country's capital, Asuncion, remaining under house arrest. They have been there ever since. Ronaldinho, 40, and his brother face up to five years in jail if convicted.

The defence team recently agreed with prosecutors a guilty plea from the two brothers for entering Paraguay with fake passports and fines of $90,000 and $110,000, respectively, for Ronaldinho and Roberto. Roberto agreed to a criminal record in Paraguay, but Ronaldinho's record will be clean there.

The plea deal also stipulates that Ronaldinho can leave Brazil at any time, though he must tell Paraguayan officials how long he will be away. Roberto will not be permitted to leave Brazil for two years. The brothers must also present themselves to a federal judge in Brazil every three months during a period of two years.

An investigation into possible money laundering was launched.

While prosecutors have "not detected any element that proves that Ronaldinho had a direct participation in the planning of obtaining false documents," judge Gustavo Amarilla told EFE that it was clear that the two did use a false document to enter the country.

Residents of Brazil do not need passports to enter Paraguay.

Ronaldinho told local authorities in a hearing that the passports were a gift from a Brazilian businessman, Wilmondes Sousa Liria, who was also jailed.

While in jail, the 2002 World Cup winner was seen playing sports and having photos taken with guards.

Ronaldinho admitted in April in his first interview since his arrest that he was desperate to go home.

"The first thing I will do is to give my mother a big kiss," he said. "She is at home going through a difficult time since the COVID-19 pandemic started.

"Then to absorb the impact that this situation has had and move forward with faith and strength."