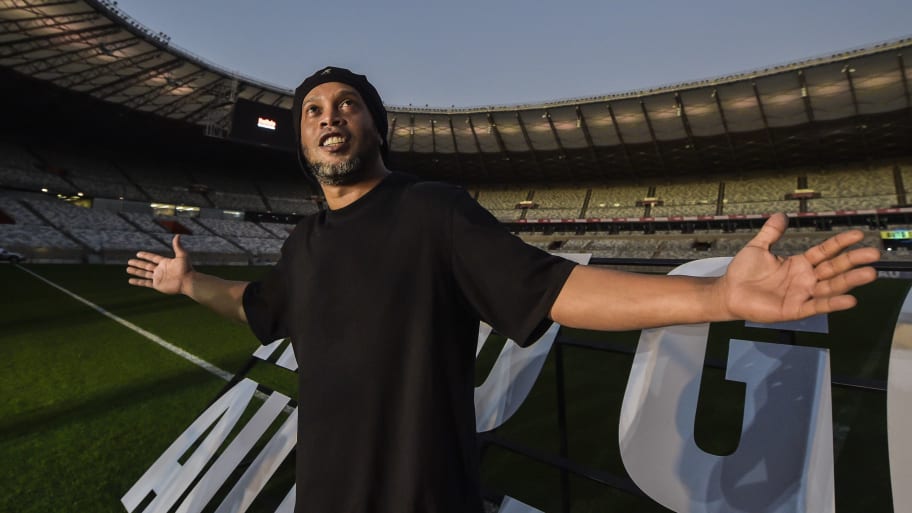 Are you ready for a highly concentrated dose of football nostalgia to be injected directly into your eyeballs?

You are? That’s good, because on Tuesday night Real Madrid legends beat Barcelona legends 3-2 in front of a feverish crowd in Tel Aviv.

We know what you’re thinking. Yes, Ronaldinho was involved, as was Rivaldo and both of them wore number 10, of course. Deco, Javier Saviola and Gaizka Mendieta also featured.

On the other side of the Clasico divide fellow Brazilian Roberto Carlos pulled on a white shirt again, as did captain Luis Figo and most excitingly of all, Bolton legend Ivan Campo.

In the opening exchanges one player above all others caught the eye...Ronaldinho, obv.

Pulling out a host of his favourite tricks and setting up Rivaldo for a few good chances, he might have even done enough to earn himself a contract before the start of the season. We hear Leicester City might be looking for a new number ten if James Maddison shoots off to Arsenal.

Eventually Ronnie would get the goal his performance deserved, tucking away a first half penalty to make it 1-0 to Barcelona.

He'd also roll back the years with this wonderful run and drive against the woodwork.

Miss him so much, don't we?

Soon after the break a quick fire double salvo from Pedro Munitis put Real in front. If you haven’t heard of Munitis, don’t feel embarrassed. The forward made just 53 La Liga appearances in three seasons between 2000 and 2003, netting only twice. This means he doubled his Los Blancos tally in one night. Not bad.

Their opponents would have the last laugh, though, with Ruben de la Red scoring the pick of the bunch to win the game. Skipping past several players, he then bent the ball into the far corner to send the Real fans in attendance home happy.


This article was originally published on 90min as Ronaldinho stole the show in a Real Madrid vs Barcelona legends match .