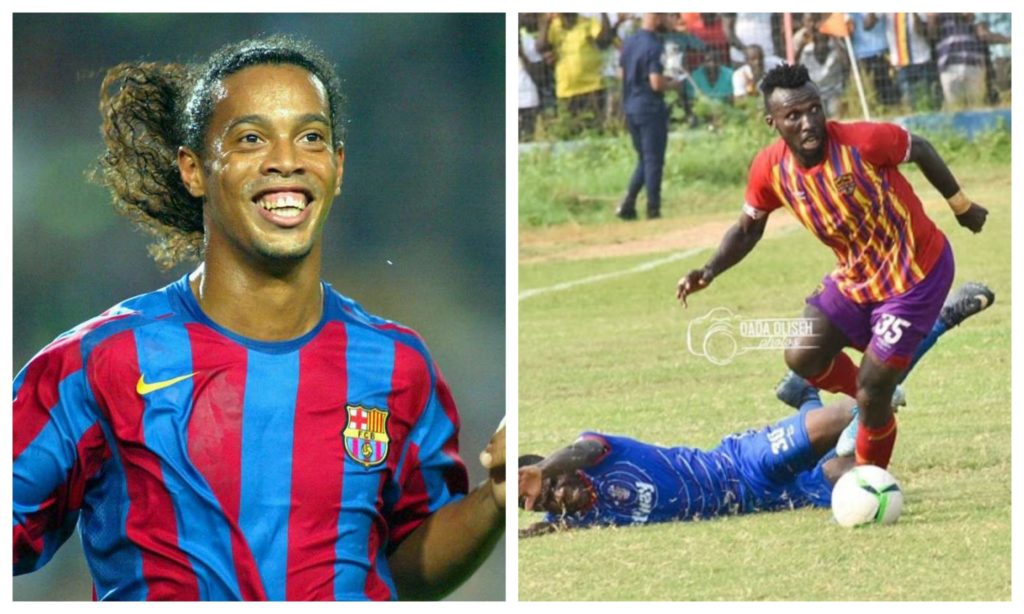 Former Barcelona and Brazil star Ronaldinho was Hearts of Oak midfielder Emmanuel Nettey’s idol growing up because of his combination of flair and effectiveness.

The two-time Fifa Player of the Year and World Cup-winning Brazil international helped Barcelona to two Liga titles and Champions League glory in 2005/06, providing inspiration for Payet during the early stages of his career.

Nettey revealed he stopped supporting Manchester United and become a Barcelona fan because of Ronaldinho.

"I’m a Barcelona fan because I love their style of play. I was a Manchester United fan but then when they failed to sign Ronaldinho I decided to follow him to Barcelona since he was my idol growing up and ever since I have just admired the club," he told Ghanaweb.com

The midfielder who joined the Phobians at the start of the campaign was enjoying a good season before the league was halted due to the coronavirus outbreak in Ghana.