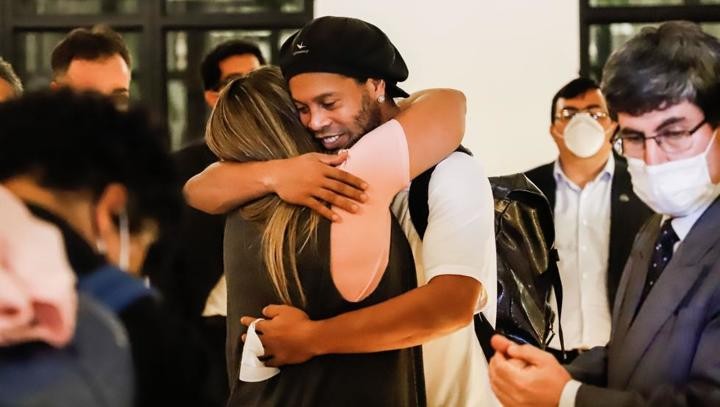 The lawyer Adolfo Marín explained on Radio La Red that “Ronaldinho himself chose to be in a new, central hotel with quick access to the prosecutor's office and the courts”

After Ronaldinho was released last Tuesday for house arrest at a hotel in Asunción after posting a $1.6 million bail, the Brazilian lawyer gave some details of his client's release from prison.

Adolfo Marín, lawyer for Assis Moreira's brothers, explained how the possibility of paying the bond arose so that both Ronaldinho and Roberto could remain under the control of the Paraguayan authorities but in a central hotel in the capital. “A deposit of $1,600,000 was made to liquidate freedom as in any other process in any country. That's how he got home prison. It was an offer from the defense. If he is considered innocent about what he is accused, the money will return to Ronaldinho,” said the lawyer on Radio La Red.

Marín also explained that it was Ronaldinho who chose the Palmaroga Hotel as a place to continue his confinement and acknowledged not knowing when he will be able to leave Paraguay to return to Brazil. “He himself chose to be in a new, central hotel with quick access to the prosecutor's office and the courts. With the latest rulings issued by the Supreme Court of Justice for coronavirus, we are uncertain when it will be able to return to Brazil,” he said.

The lawyer also provided details of the progress of the investigation. “Many inquiries are being made about the circumstances, and it will soon be known what happened. We are here in Paraguay. The criminal proceedings have a duration of six months. This period of investigation may be shortened, although it is advanced. He went to do a charity action in Paraguay and 31 days ago he's in detention. One of the circumstances being investigated is the search for a woman who is on the run who took Ronaldinho to Paraguay,” he said, referring to the entrepreneur Dalia López.

Finally, Martin talked about how Ronnie is after his life in prison. “He is very well in health, fortunately. He's in a very good mood. They have voluntarily given the phones to be registered and absolutely nothing has been found. They treated him well, like anyone else. There were no preference types or privileges, the protocol was always respected. What needs to be rescued is his mental strength to absorb this circumstance and the enormous respect he has for the functioning of the institutions here in Paraguay,” he concluded.