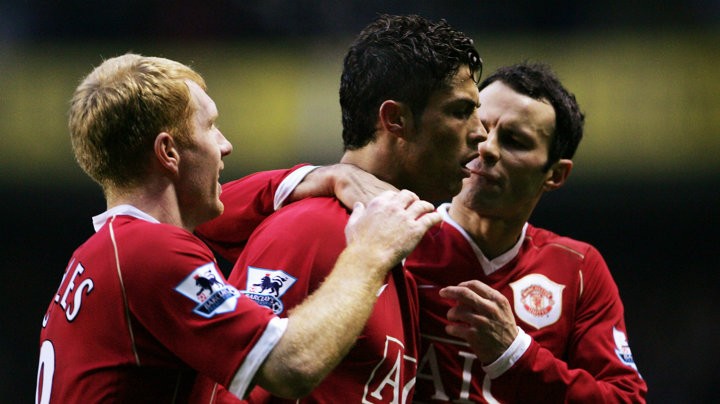 Manchester United manager Ole Gunnar Solskjaer worked alongside a number of iconic figures in his playing days, with space found for Cristiano Ronaldo, Paul Scholes and Ryan Giggs in his dream six-a-side team.

Between 1996 and 2007, the current Red Devils boss was a useful attacking option at Old Trafford. Sir Alex Ferguson snapped Solskjaer up as a rough diamond and polished him into a six-time Premier League title winner.

There were a number of legendary figures in that team, including David Beckham, Peter Schmeichel and Gary Neville. They have, however, all missed out on places in Solskjaer’s star-studded six-a-side selection.

Solskjaer was initially keen on getting himself into a team that would be full of chances and goals, but was forced to tweak those plans and drop to the bench – a role he filled on a regular basis as a super-sub for United - once it became apparent that there was no space for him.

“I’d definitely be in it,” Solskjaer told United’s official YouTube channel when asked to piece together a team made up of those he played alongside. “If it’s a six-a-side, small pitch, loads of finishing chances, no problem, I’ll be in scoring goals.

“Edwin probably, maybe David [de Gea] but maybe I can’t pick the ones I’m managing so I’d pick Edwin as the keeper.

“I’d have to have Jaap at the back. Giggsy would play with his skills. Cristiano, me, Keano and Scholsey. How many is that?”

Solskjaer will be hoping that many of those currently at his disposal will secure icon status at Old Trafford in the future, with United looking to likes of Paul Pogba, Bruno Fernandes and Marcus Rashford to provide inspiration for a team chasing down a top-four finish when Premier League action resumes on June 17.