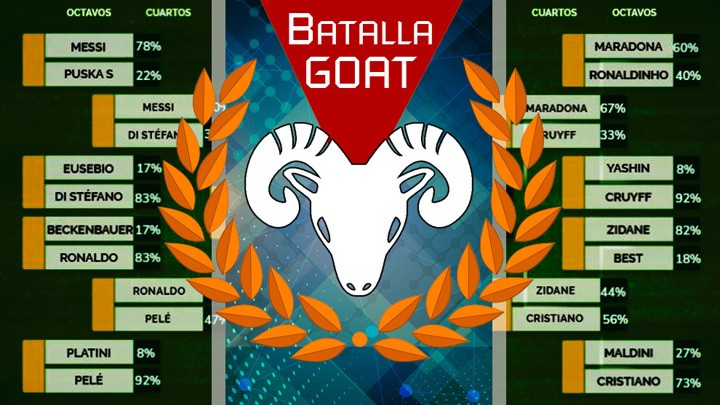 MARCA's GOAT battle has found its winner, thanks to the fantastic support of our readers who have been making their voice heard throughout the week.

Lionel Messi and Cristiano Ronaldo, the two clear superstars from this generation, faced off in the final, and it was the Portuguese who emerged victorious after achieving eight per cent more of the vote (54 to 46).

What is interesting is that Messi initially took a clear lead, having 60 per cent of the vote at one point, but little by little Cristiano cut into this deficit.

There was also the third/fourth place playoff between Ronaldo Nazario and Diego Maradona, which the Brazilian edged 51 per cent to 49 after almost 400,000 votes.