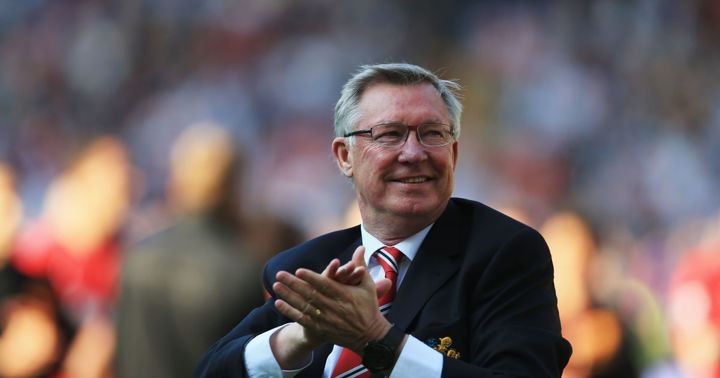 As Manchester United excite fans with a return to form and draw praise for bringing in the excellent Bruno Fernandes, it's worth remembering that not too long ago players of his calibre and beyond were a given at Old Trafford.

The Sir Alex Ferguson era of Premier League titles may feel like a life-time ago, but of all the players he managed, what was his best line-up of players through the years? We take a look at a possible best XI.

Twice voted the world's best goalkeeper, a colossus between the sticks with an attitude to match. An on-the-pitch proxy for Fergie's hairdryer, there's no way he'd be left out of the side.

Signed for a bargain £505,000, he became a Premier League, FA Cup and Champions League winner with a European Championship thrown in for good measure. Schmeichel is not just one of the best keepers in United's history, but in football history.

A true jack-of-all-trades full-back. A defending, dead-ball specialising, penalty-scoring left-back who was often overlooked for praise in favour of his more illustrious team-mates. But an absolutely indispensable part of United's treble-winning side.

Ferguson regularly refers to him as his greatest ever signing, so he makes the cut.

A rock solid defender at the heart of United's best ever backline that dominated Premier League football between 2007 and 2009 with three consecutive titles.

Bounced back from a ban to become a true United great and was the best centre-back in the world as United won the Champions League in 2008.

Blessed with pace and rarely made a mistake, the epitome of the modern centre-back.

Steve Bruce's heroics – two late headers against Sheffield Wednesday – sent Fergie's United on the way to their first Premier League titles in the 1992/1993 season, their first since 1967. The rest is history.

Gary Neville comes in at right-back because he's the best right-back the club has ever had. A wonderful crosser of the ball who set the benchmark for attacking full-backs today.

A Class of '92 graduate, Neville's relentless work rate and drive to improve echoed Ferguson's own style and manner. The man bleeds red.

United's best season may be 98/99, but their best team was the 2008 season, and Michael Carrick was at the heart of that.

The midfielder became an absolutely crucial part of Fergie's plans after signing from Spurs, a midfielder with clockwork precision and indefatigable work rate who never went missing in the biggest matches.

Fergie's captain fantastic. Roy Keane and Sir Alex are peas in a pod, and maybe that's the problem. There was just about enough room for both of them at United until there wasn't.

Still, there's no other captain from the Fergie era who even comes close. Keane's leadership could change games, who dare let him down?

One of four players Fergie considered 'world class' during his time as manager, Paul Scholes was truly a master of his craft.

The understated ginger prince remained a one-club man and is revered by the likes of Zinedine Zidane and Pep Guardiola.

The side suffered a dramatic turn upon his retirement and his impact upon returning was crystal clear as the side bounced back to win the Premier League. United have struggled since to find a midfielder who injected the same creativity into attack – Fernandes, maybe?

Scholes scored his fair share of wondergoals too – there's nobody you want more to pop up just outside the box.

The best of his generation.

The second of Fergie's world class selection. The Welshman has made more appearances for United than any other player and won more Premier League titles than anyone anywhere.

Everything Fergie won in the Premier League era, Giggs was there too, on the wing, ready to cause chaos.

A PFA Player of the Year winner, that hairy chest, that goal vs Arsenal. He starts on the left.

A true United legend and a near-adopted son of Ferguson's. The United manager had his favourites and Ronaldo was one of them. The Portuguese repaid his boss' faith by helping United to three Premier League titles and a Champions League, all while becoming the best player in the world and the finest number seven since George Best.

He left to follow his dream of playing for Real Madrid and the Old Trafford faithful still sing his name. How fans, and Ferguson, would love to see him back one day.

Collars up, Eric Cantona was a mirror for Fergie's arrogance and unrelenting will to win. He was, in many ways, the catalyst for 20 years of dominance by United, instilling a belief and culture in the club that eliminated complacency and demanded quality.

Nemanja Vidic helped United break records at the back. Like Fergie's best sides he was fearless – scarily so.

The ultimate player to have off the bench.