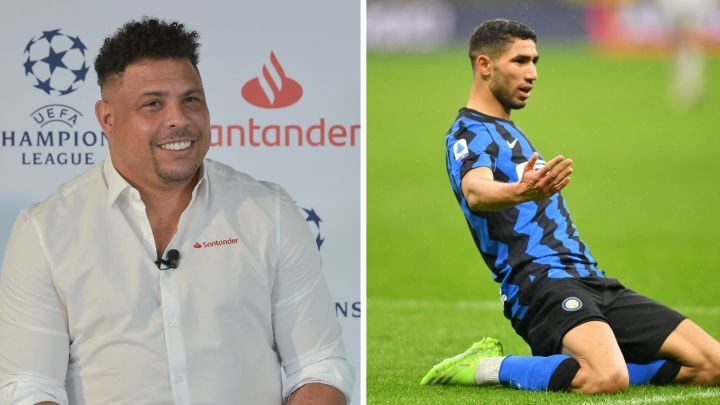 In an interview with La Gazzetta dello Sport, the former Madrid striker praised the role that Achraf Hakimi has played at Inter Milan, and points to a bad decision made.

Ronaldo Nazario is a footballing legend and there will always be a doubt as to just how far he could have gone if he had avoided the injuries that deprived fans of so much of his talent. That said, he had time to be part of the history books of great clubs like Barça (if only for one season), Inter Milan and Real Madrid.

Ahead of the Series A clash between Inter and Juventus on Sunday, 'O Fenómeno' spoke with Italian paper La Gazzetta dello Sport and among the many subjects covered was Real Madrid’s decision to sell Achraf Hakimi, who he described as “an extraordinary player.”

"Real Madrid made a mistake losing him like that,” Ronaldo stated, before admitting to fantasising about playing with the overlapping wide man.

"From time to time I think: 'Ronnie, imagine Hakimi and you together, we would have been flying.”

“They [Inter] signed an extraordinary player in Hakimi.”

Cristiano Ronaldo is another player that has clearly caught the attention in Italy, and with 84 goals in 107 appearances for Juventus he is showing little sign of slowing down.

“I don’t know, for sure he will try,” the Brazilian said about his Portuguese namesake keeping going.

“He is different from the player I saw at Real Madrid. He knows how to manage himself now. Did you see him against Sassuolo?

“Even if he stays in the shadows for the whole game, he can hurt you in the space of a single minute.”