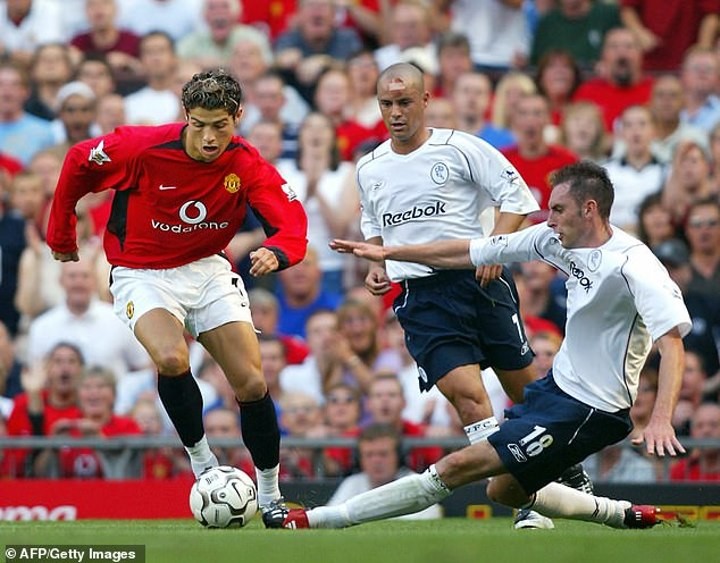 Cristiano Ronaldo chose to join Manchester United in 2003 because every other club that was interested in signing the winger wanted to loan him back to Sporting Lisbon, his agent Jorge Mendes has revealed.

Ronaldo, then aged 18, was highly sought after, with Arsenal amongst the other teams that attempted to sign him.

Mendes disclosed that then United boss Sir Alex Ferguson was hugely influential in determining Ronaldo's destination as he wanted the starlet to play straight away.

Mendes told The Sun: 'I've always maintained that the coach is, in the end, the most important component in any transfer.

'Cristiano Ronaldo is a perfect answer.

'Every club wanted him, but they all wanted him to have another season loaned back to Sporting.

'The only person who seemed willing to take him on immediately was Sir Alex Ferguson and, at that time, I had no doubt it was the best solution.

'My decision, made without a second thought, was that Manchester United was the ideal club for him.'

Ferguson was determined to sign Ronaldo after his impressive performance for Sporting in a friendly against United in August 2003.

The deal was wrapped up and Ronaldo featured prominently during his first season at United as he made 40 appearances, scoring six goals.

United certainly proved to be the right destination for Ronaldo, who went on to score 118 goals in 292 appearances in total for the club, winning a wide array of trophies in the process.

After joining for £12.24million, Ronaldo left United for Real Madrid in 2009 for £80million - a world record transfer fee at the time.