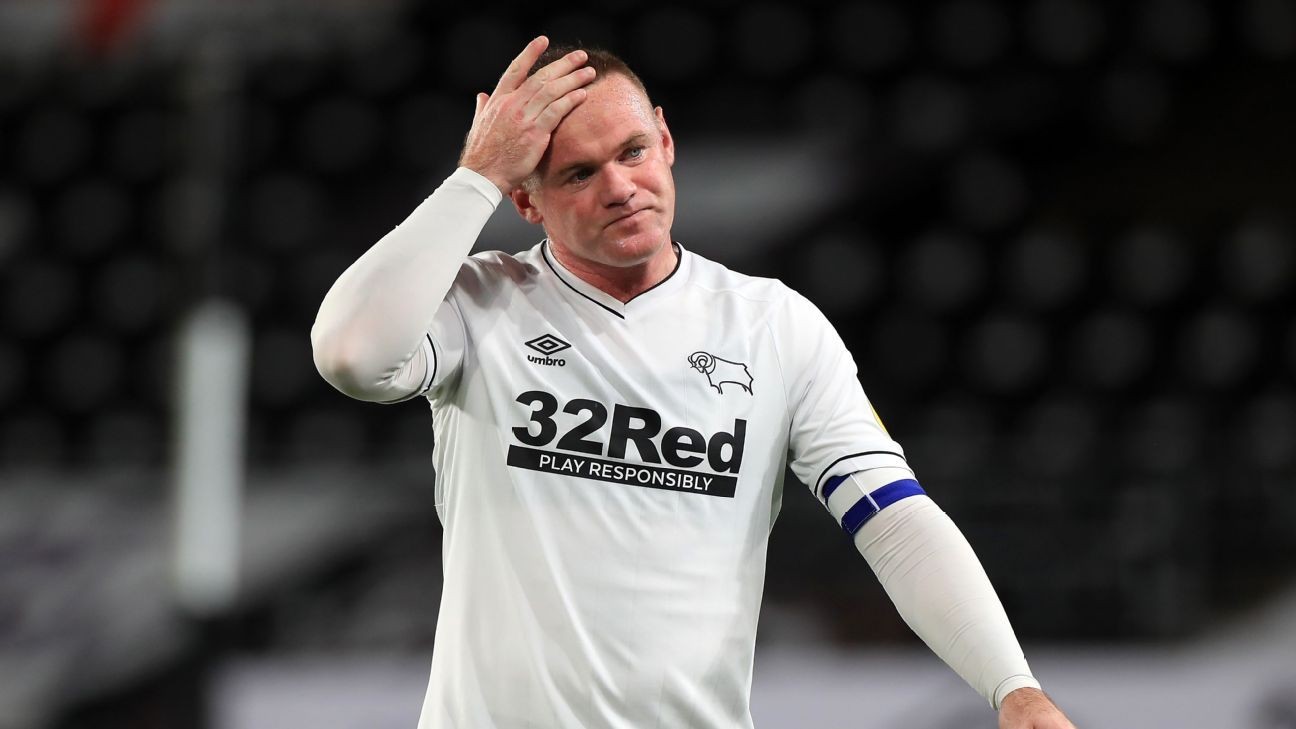 Derby County captain Wayne Rooney has taken a COVID-19 test after a friend who had been visited his home. Photo by Mike Egerton/PA Images via Getty Images

Derby County forward Wayne Rooney is "angry and disappointed" after a friend, who had been told to be tested for COVID-19, visited his family home and later returned a positive result, his management team said.

The Sun newspaper report that Rooney's friend Josh Bardsley went to the player's home on Thursday to give him a watch before Derby's Championship clash with Watford on Friday.

Rooney was unaware about the situation and played the full 90 minutes in his side's 1-0 defeat. UK government guidelines say anybody who has been in contact with a person who has tested positive must self-isolate for 14 days.

A statement from the player's management read: "It was only today [Saturday] following media approaches and his own investigations that Wayne became aware that Josh had been contacted by track and trace before the visit and should not have come to his house.

"Wayne is angry and disappointed that he, his family and his club have been put in this position by someone acting secretly and in breach of Government and NHS guidelines. He is now taking a coronavirus test as a result of his contact with Josh."

Derby also responded to the report but did not mention Rooney by name.

"Derby County Football Club is aware of a report in a national newspaper relating to a member of the club's playing squad being in contact with an individual which has tested positive for COVID-19," a club statement said on Saturday.

"On being made aware of this news the club has ensured that the appropriate measures were taken in line with strict EFL COVID-19 protocols and UK Government guidelines, which the club is operating under.

"The club will continue to adhere to the COVID-19 rules and protocols to ensure that the safest possible environment is provided for its players and staff. The club will make no further comment unless a further update is required in relation to this matter."