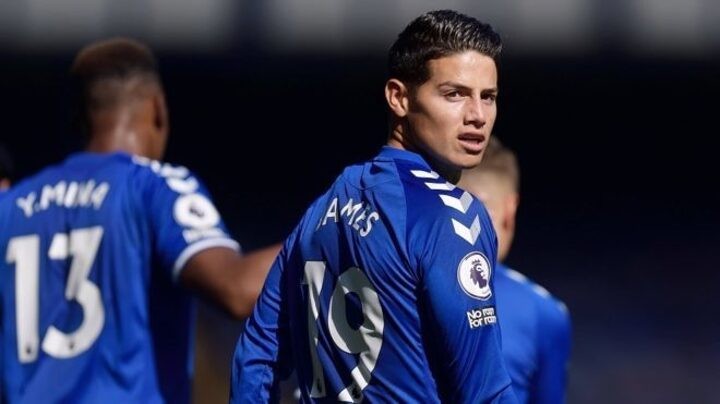 After a spectacular start to the Premier League season, Wayne Rooney is the latest legend to heap praise on James Rodriguez and his performances for Everton.

James has been a key factor in the Toffees' rise to the upper echelons of the Premier League, having played a huge part in their opening five games, though he was absent in their first defeat of the season against Southampton on Sunday.

"James is a fantastic player," Rooney wrote in his Sunday Times column. "The top four is doable.

"It will be difficult because there are seven or eight teams competing for those spots and some big clubs will have to miss out but top four has to be the target, given Everton's start. If they can get to January still in the frame and let Ancelotti bring in another couple of players, they will have a great chance.

"Their biggest issue is squad depth. In Gylfi Sigurdsson and Bernard they have a couple of players who can come off the bench to provide something different but they need one or two more; players who don't have to be world-beaters but who can slot straight into the team without a major drop in quality if there are injuries. They need a real back up for Allan and another striking option for games where the opposition is equipped to deal with Calvert-Lewin's threat.

"But, as we saw against Liverpool, this is an Everton that can handle challenges."