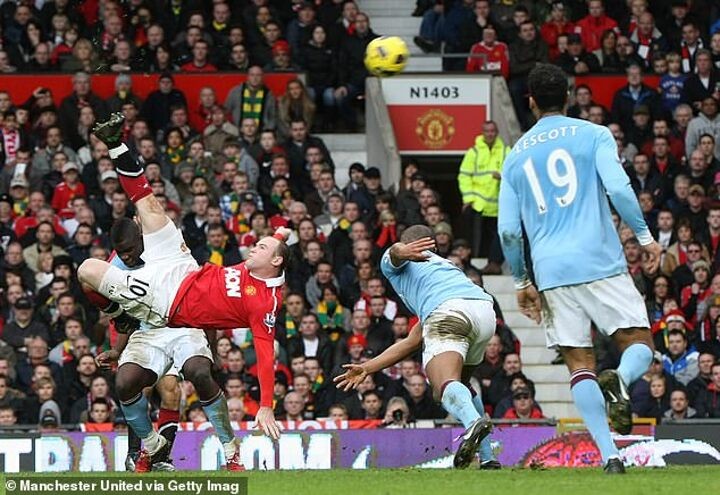 To this day, I do not know how Wayne Rooney did it.

Late in the 2011 Manchester derby, I was preparing to head a ball away from danger. I had my eye on the cross, my neck muscles were tense and everything was set.

Suddenly, Wayne began to turn and arc his back.

Next thing he’s up off the ground, his feet are in the air and he makes sublime contact. The ball flies into the net, United win the derby.

It’s an iconic goal and, having been at such close quarters, I can assure you the skill involved was staggering.

Wayne always blew me away. I remember joining up with England for the first time and seeing him. He was the kind of guy you always wanted to be around. He had this infectious character — always looking for a joke — and the room was brighter if he was there.

But, my God, what a player. The skill, the technique, the power — he had it all. He played football in a way that I had not seen before, so spontaneous and with such ridiculous quality.

Wayne has officially ended his playing career and is now Derby’s manager. It was a privilege to play with a legend.