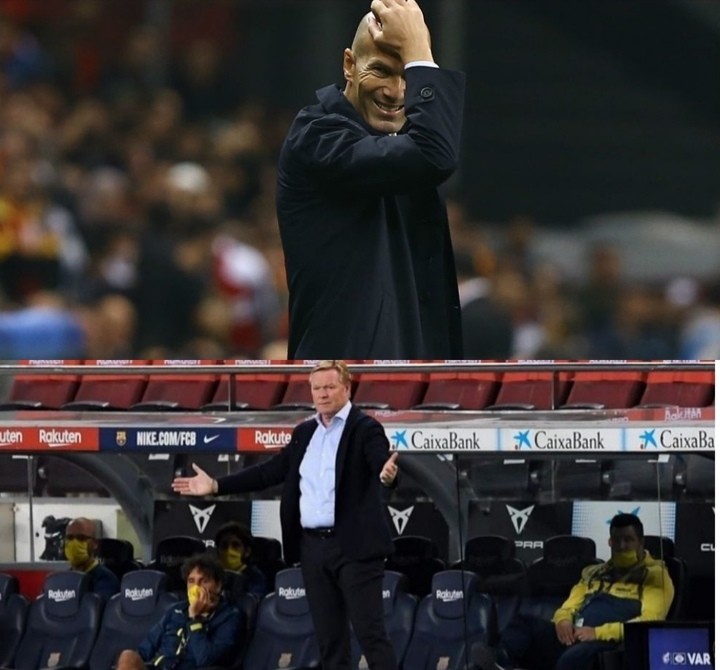 Real Madrid and Barcelona will go into El Clasico having both lost in the previous matchday in LaLiga Santander. Both of their defeats on Saturday were unexpected, but the one suffered by Los Blancos to Cadiz was perhaps more damaging.

After the international break and ahead of a tight fixture schedule, Zinedine Zidane opted to make changes to his line-up. On Wednesday, Real Madrid host Shakhtar Donetsk at the Estadio Alfredo Di Stefano in the Champions League.

As a result, Zidane decided to rotate an already thin squad against Cadiz. Dani Carvajal is out for almost two months with a knee injury, while Alvaro Odriozola is sidelined too, leaving Nacho to deputise at right-back.

At left-back, Marcelo continued his descent from elite football. In midfield, Isco was handed another start and so was Lucas Vazquez on the right wing.

None of these players reached the level required. There was a lack of precision, intensity, tactical rigour and that led to a disastrous first half. Cadiz scored once, but they had the chances to open up a healthy lead.

Zidane was forced to take two of those aforementioned players - Isco and Lucas - off at half time, along with Luka Modric and the injured Sergio Ramos.

As for Barcelona, Ronald Koeman found himself in a similar situation, albeit ahead of a kinder Champions League opener against Ferencvaros on Wednesday.

The Dutch coach placed his confidence in Antoine Griezmann, allowing the forward to play as a central striker against Getafe.

A year after his last start, Ousmane Dembele didn't have his best night, giving the ball away too often and making unsuccessful dribbles. The midfield pivot of Sergio Busquets and Frenkie de Jong didn't work either.

Saturday's defeat means Barcelona are now two games without a win in LaLiga Santander. If they don't beat Real Madrid in the Clasico, the demons of last season could being to re-emerge.