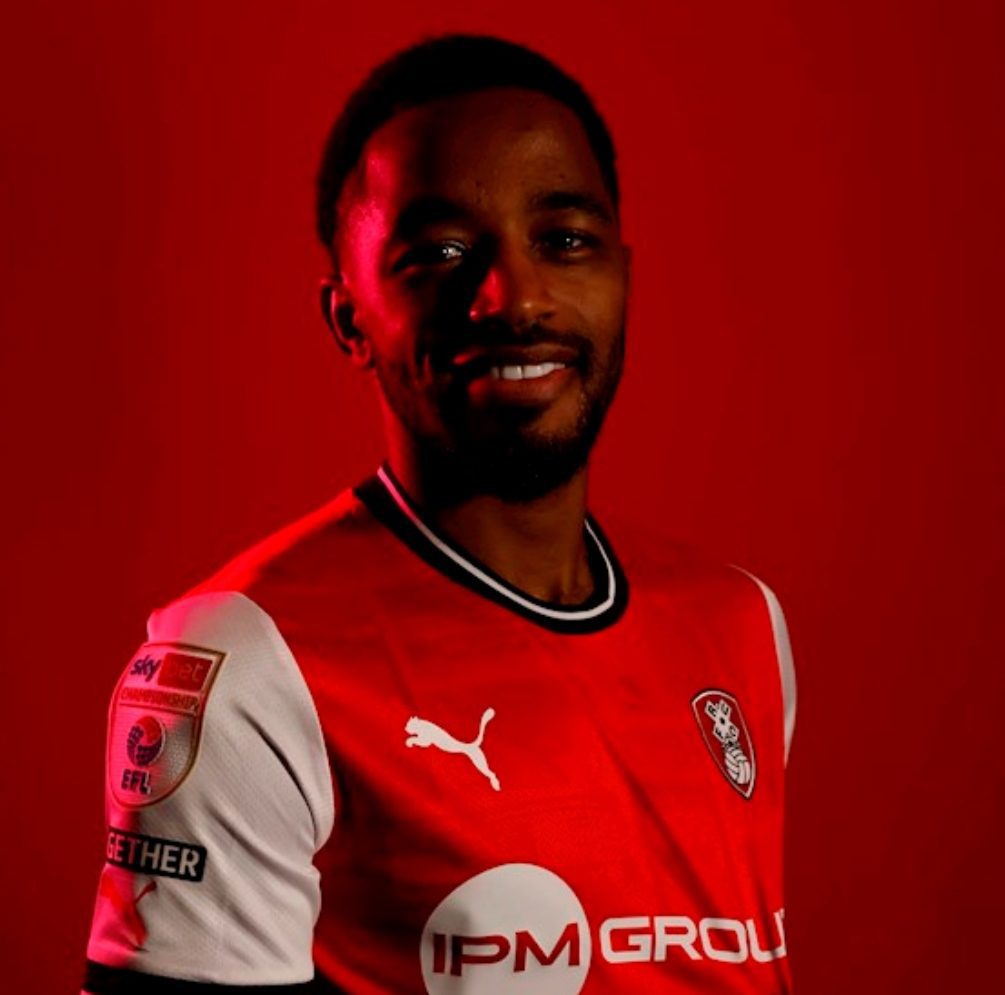 Championship side Rotherham United have confirmed the signing of former Ghana international Tariqe Fosu on a short-term deal, GHANAsoccernet.com can confirm.

Fosu arrives at the AESSEAL New York Stadium until the end of the 2022/23 campaign from Premier League outfit Brentford FC, subject to ratification.

The 27-year-old spent the first half season on loan at Stoke City also in the Championship, where he made 20 appearances and provided an assist in the process.

His performances earned him a place in the Championship team of the week on two occasions.

Fosu has most commonly been utilised as a wing-back on either flank or deployed as a winger.

He came through the academy ranks with Reading, making his debut for the Royals at the end of the 2014-15 campaign and enjoyed loan spells with the likes of Fleetwood Town, Accrington Stanley and Colchester United before sealing a permanent move to Charlton Athletic in 2017.

Fosu then moved to Oxford United where he bagged an impressive 10 goals in the first period of the 2019-20 season which attracted a lot of interest and attention.

He was swooped by Brentford in January of the same season and then went ahead to help the Bees to the Championship play-offs and lost to Fulham in the final.

In the following campaign, Fosu netted four times in 49 appearances for Brentford as this time they sealed promotion to the Premier League via the play-offs.

The former England U18 player has four caps for the Ghana national team since making his debut in October 2020.