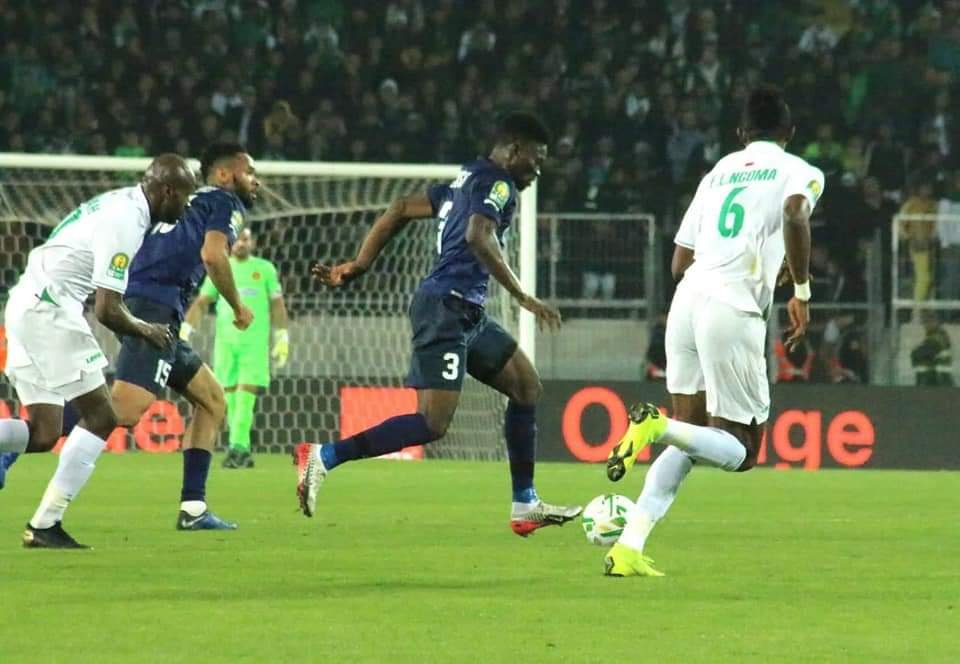 On the weekend, the group stages of the CAF Champions League and Confederation Cup began across the various venues on the African continent.

GHANAsoccernet.com brings you a round up of Ghanaian players who were involved with their respective clubs.

On Saturday, KWAME BONSU lasted the entire duration of the game for Espérance de Tunis who had a perfect start to their title defence with a 2-0 win over Raja Club Athletic at away at Complexe Sportif Mohamed V in Casablanca.

Duo INUSAH MUSAH and ISAAC MENSAH played full throttle of the game for Petro Atletico but could not stop South African giants Mamelodi Sundowns from recording an emphatic 3-0 victory at the Loftus Versfeld Stadium in Pretoria on Saturday.

TORRIC JEBRIN was an unused substitute as his side TP Mazembe mauled Zamalek SC 3-0 on Saturday at the Stade TP Mazembe in Lubumbashi.

Goalkeeper NANA BONSU returned from injury and was on the bench to see his club Rangers International FC beaten 3-1 at home by Egyptian side Pyramids FC at the Nnamdi Azikiwe Stadium in Enugu.

Forward JOHN ANTWI started for the Egyptians and but was substituted on the 64th minute of the match on Sunday.

KEVIN OWUSU AMOH lasted the entire minutes on the bench for Zambian outfit Zanaco FC as they managed to pick a point on the road drawing 1-1 with Daring Club Motema Pembe at the Stade des Martyrs in Kinshasa on Sunday.

Horoya AC travelled to South Africa to hold Bidvest Wits to a 0-0 draw at the Dobsonville Stadium in Pretoria on Sunday.

GODFRED ASANTE enjoyed all the minutes of the encounter whereas ENOCK ATTA AGYEI and SEBE BAFFOUR KYEI played 58 minutes and 78 minutes respectively for Horoya AC.

HUDU YAKUBU was an unused substitute for the Guinean champions.

MOHAMMED SAABA GARIBA came on as substitute in the 81st minute when FC San Pedro were held to a scoreless draw by Algerian side Paradou AC on Sunday at the Stade Felix Houphouët-Boigny in Abidjan.

FAROUK MOHAMMED played all 90 minutes for Enyimba International FC in their 2-0 defeat to Moroccan side Hassania Agadir at the Stade Adrar in Agadir on Sunday.

EMMANUEL AMPIAH was an unused substitute for the Nigerian giants.