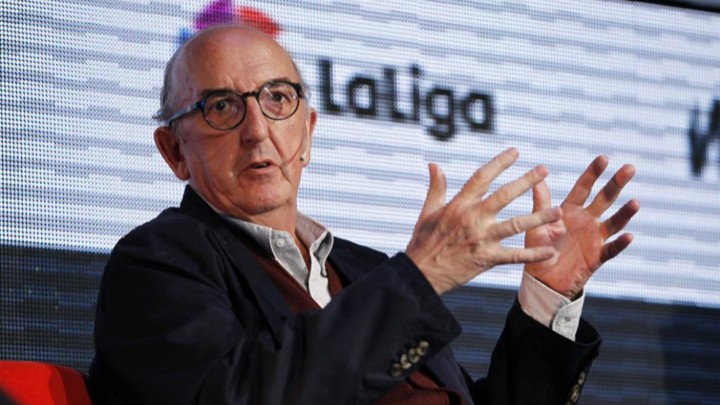 Players at the Catalan club have had to take pay cuts of up to 70 percent in order to safeguard its financial future.

"I've been saying for a while that Barcelona's accounts have a very big hole in them," Roures told Radio MARCA.

"No one seems to be worried [about it].

"You have to add some involuntary debts because of coronavirus and that money isn't going to come back.

"You also have to see that those somewhat immoral big money signings of hundreds of millions of euros are generally going to stop because there are cobwebs in the till and reality is going to have an affect on those desires to throw money away anyway.

"It will happen in football in general and particularly at Barcelona.

"No one is going to pay 150 million [for a player] now because [the money] isn't there and it'll be difficult to ask to get it from banks.

"The selling club isn't going to trust you either and it will have its needs.

"Swap deals have been spoken about... but as long as it's not those tax tricks that Barcelona did with Neto and [Jasper] Cillessen."

Roures had expressed his concerns over the losses that football leagues and clubs could face if the season didn't resume due to the coronavirus pandemic.

However, with the Bundesliga underway in Germany and with LaLiga Santander given the green light to resume by the Spanish government, it looks as though the campaign can be completed in most places after all.

"[It's] seven billion euros in Europe and around 600 million [in Spain]," Roures said.

"To add to what is already being lost and what is going to be lost until normality resumes. They are irrecoverable losses.

"We hope that we'll recover the TV [money] and we'll avoid a much bigger hit."

The return of LaLiga Santander could see matches played every day of the week to make the most of TV audiences.

"The window that we have is that we can play almost every day," Roures said.

"Seeing as it's behind closed doors, it's not just limited to the weekends.

"There are more possibilities than a normal season.

"LaLiga will decide the scheduling. The heat and the international TV audiences will be taken into account - there's not just one parameter.

"The fact that there are more days is going to help speed up the end of the season."