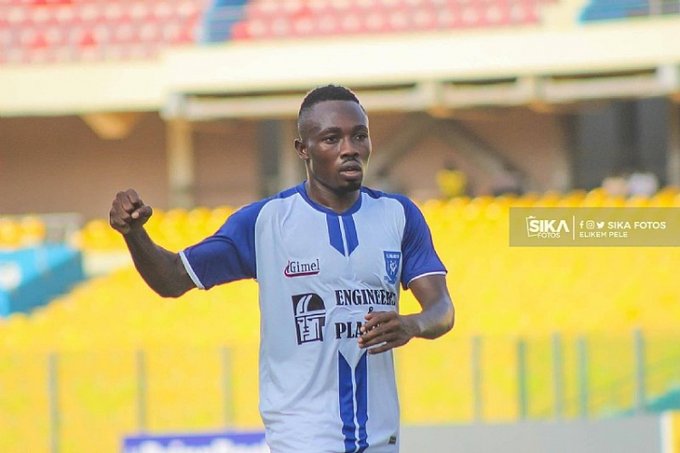 The attacking midfielder's absence through injury has seen the Northern Blues slip to relegation places, but victory against Asante Kotoko has given them a lifeline.

Abagna scored eight goals before he was selected for the Africa Cup of Nations, where he picked a knock in training, keeping him out of the team for two months.

However, his return is seen as a huge boost for the Premier League returnees.

“In fact, he has come back and the coming back, I should think is something that is going to be sustained," he said after the 2-1 win against Asante Kotoko.

“And I believe his sustenance will really push the team to wherever we want to get to.”

Ronald Frimpong scored the first goal for the hosts, converting a penalty after Patrick Asmah’s rush challenge in the box.

Samuel Boateng had two great chances to bring Kotoko level, but he squandered them as the first half ended with RTU leading.

RTU were able to thwart every attempt by Kotoko to restore parity after the break. They defended admirably and later doubled their lead thanks to Aidoo.

Aidoo scored 14 minutes from time after goalkeeper Danlad Ibrahim made a mistake.

Etouga was brought down in the box in the closing stages and converted the resulting penalty.

Despite the victory, RTU remain in the bottom three. Kotoko's lead at the top, on the other hand, has shrunk to seven points.