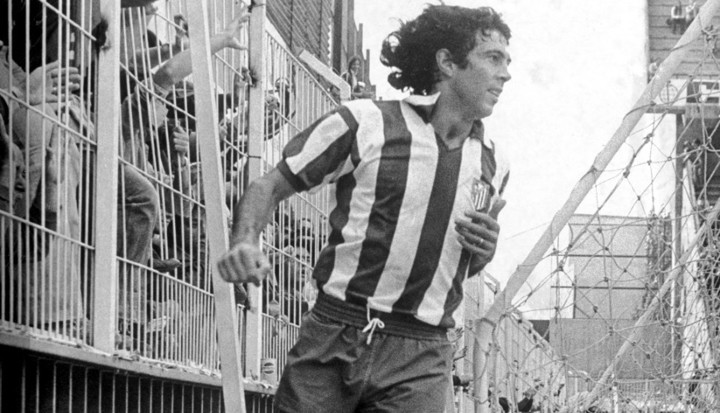 Former Atletico Madrid technical secretary Ruben Cano has revealed that he had arranged a meeting to discuss Raul Gonzalez's contract renewal with the player's father, yet he didn't turn up.

"Raulito was phenomenal at the Cadete [under-16s] and I called him Maradonita," he told the Maneras de Vivir podcast.

"One Sunday I invited his father to the VIP box.

"We arranged to meet in one week to renew [his contract], but he did not come.

"And they told me he signed for Madrid, a year before [Atletico's then-president] Jesus [Gil] shut down the academy, something that seemed crazy to me, one of those [crazy things] he did.

"People say that [Raul left] because they shut down the academy, but it was a bit earlier.

"[Real Madrid] convinced the father and took him away."

"I left the club and I became an intermediary, because I had many relationships and contacts," he added.

"I said he is going to make it.

"I told my partner to go to Belo Horizonte to buy him and I told Miguel Angel Gil that there was a boy and PSV [Eindhoven] were there too.

"I offered Cruzeiro, with the approval of Jesus Gil, 400 million pesetas for 50 percent of his rights.

"They said yes as they preferred that.

"I called Jesus and he said yes, but Miguel Angel said no."

"Already as a player he had a lot of character, and as a coach as well.

"With Luis, we were friends.

"He had a lot of personality, and sometimes he would heat up, but he did not run over you.

"Cholo gives me the impression that he is the same, especially because they are winners."