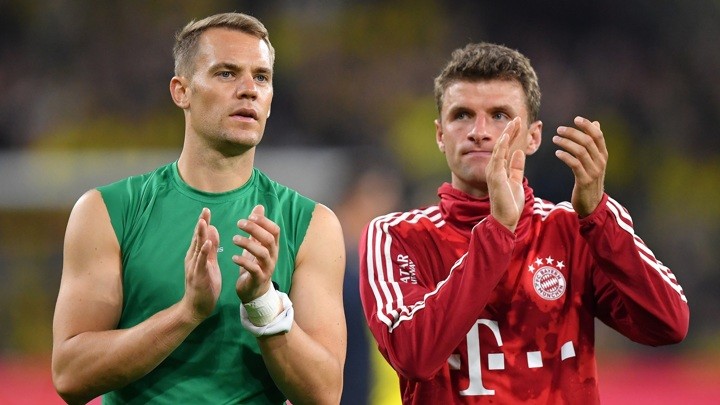 “For Manuel [Neuer], the same applies as for all the players whose contracts expire in the summer of 2021,” Rummenigge told Merkur and TZ.

“We had already submitted offers before the coronavirus crisis, and we don’t want to take advantage of the crisis now in order to push these well-deserving players down in price.

“I think that all these players know that they have a very solid and very reliable employer in FC Bayern who deals with them very fairly.”

However, some of the players whose contracts are set to expire in the near future will continue to be the subject of transfer speculation until extensions are finalised.

Neuer had been linked with a surprise exit to Chelsea, but the Germany international has little desire to leave his home country and Bayern seemingly have no intention of losing him.

"Everyone knows what I think of Manuel,” manager Hansi Flick said recently.

“He is by far the best goalkeeper in the world, I have no doubts about that, so there is no alternative for me.”

New signing Alexander Nubel, set to challenge Neuer for the gloves when he joins from Schalke, therefore looks as though he will have to wait for a first-team chance.

Alaba has been strongly linked with a departure from Bavaria, with Real Madrid and Barcelona mentioned as potential destinations.

The Austria international had also been mentioned as a potential makeweight in a swap deal for Manchester City winger Leroy Sane, but Rummenigge has recently dismissed such suggestions as 'fairy tales'.

"As I've heard, rumours are circulating that we would like to hand David Alaba over to Manchester City in exchange for Leroy Sane," he told TZ.

"In addition, I say very clearly: This is Grimm's Fairy Tale and has nothing to do with reality."