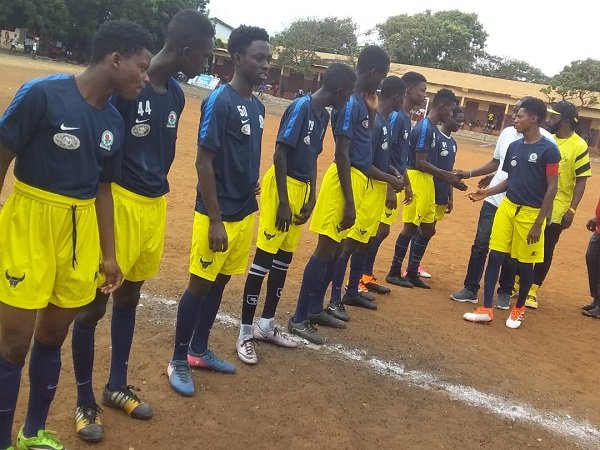 Happy Sports has been engaging some owners of colts clubs across the country who have played a role in developing and nurturing players at the colt’s level but have seen their dedication, sacrifice and finance go down the drain.

Herbert Adekah, owner of colts’ club Great Farcos which nurtured a lot of talents including the greatest Ghanaian footballer of all-time Abedi Pele revealed to Happy Sports in an interview that football has made him poorer.

He stated that he established the colts club in 1963 but hasn’t regretted investing in the club despite the numerous players he has produced but yet living in poverty.

“Football made me poorer. I spent most of my salary running football. Maybe God wanted me to do this. Football is my calling and that is why I still find myself in it till this day”, he told Happy FM.

He also disclosed that, Abedi Pele has been of help to his team in difficult times.

Isaac Osei popularly known as “Asaase Jay” also disclosed that he decided to quit clots football because the venture wasn’t profitable as players were not grateful and appreciative of the sacrifice and care given them.

According to him, he nurtured and developed a lot of players who are currently playing in Spain, Greece, South Africa but has never received any FIFA development fee from their transfers.

Raphael Tomi, Chairman for the Ashiaman District Football Association told Happy Sports that most of the colts clubs owners are not aware of the FIFA development fee entitled to them.

He indicated that his administration is working to ensure that the club owners are educated on the FIFA development fee.