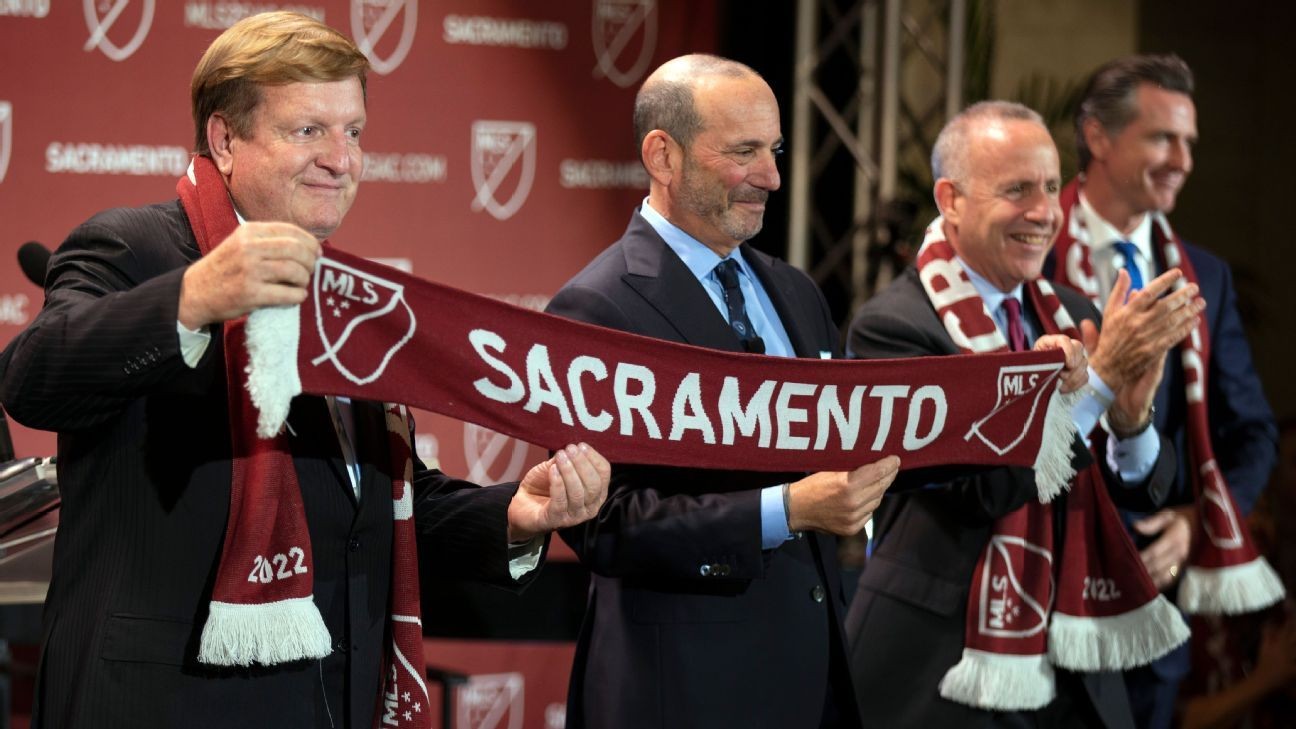 Major League Soccer announced on Friday that the expansion team set for Sacramento, scheduled to begin play in 2023, is now on indefinite hold after Ron Burkle, the primary investor of the proposed team, informed MLS officials that he has "decided not to move forward with the acquisition of an MLS expansion team" in the city due to the impact of the coronavirus pandemic.

A source with knowledge of the situation cited increasing costs associated with building a stadium at the Downtown Railyards site as the primary reason why Burkle decided not to move forward.

"After working for many years to bring an MLS team to Sacramento, the League continues to believe it can be a great MLS market," MLS said in a statement. "In the coming days, the League will work with Mayor Darrell Steinberg to evaluate possible next steps for MLS in Sacramento."

MLS announced the team in Sacramento to much fanfare in October of 2019. But doubts began to emerge earlier this year about whether Burkle would move forward with the project after The Athletic reported that Burkle's group had missed an initial payment on the expansion fee. That news proved a harbinger, as Burkle informed MLS on late Friday that he was pulling out of the deal.

"I want to thank Mayor Steinberg for his continued efforts to bring MLS to Sacramento," said MLS Commissioner Don Garber. "His commitment to the city and delivering for its passionate soccer fans should make all citizens of Sacramento proud. "Interest in owning a club in Major League Soccer has never been higher. And I remain incredibly optimistic about finalizing expansion plans for our 30th team."

The announcement amounts to a massive setback, and possibly a death-knell, for Sacramento's expansion hopes. While the USL Championships side Sacramento Republic remains well-supported, finding an ownership with sufficiently deep pockets has been a struggle. In late 2017, Sacramento was thought to be one of the frontrunners in the expansion race, but ended up losing out to Nashville and Cincinnati, when Meg Whitman opted not to invest in Sacramento's expansion effort.

Burkle was thought to be Sacramento's main investor, but now, despite having a stadium site picked out, Sacramento's future as a home for an MLS team is in serious doubt.