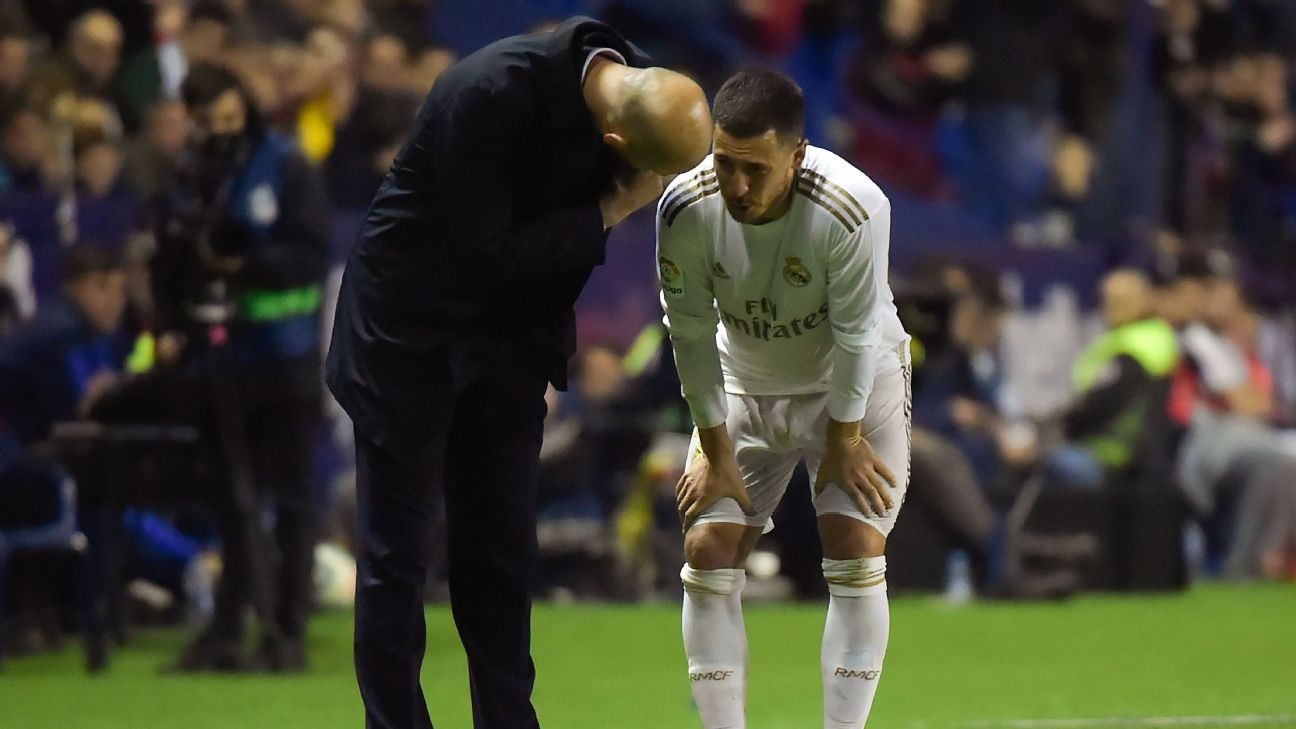 Steve Nicol cannot wrap his head around why Mohamed Salah would trade Liverpool for Real Madrid.

Eden Hazard fully intends to return to action for Real Madrid before the end of the season, according to Belgium coach Roberto Martinez.

Real Madrid have yet to decide whether the Belgium forward will undergo surgery to repair a fracture to his right distal fibula sustained during Saturday's 1-0 La Liga loss at Levante.

Martinez is in contact with Hazard, who a week ago had returned from a similar three-month layoff. Coach Martinez had previously suggested Hazard's season was over.

"He is someone that never falls apart," Martinez told Cadena Ser radio.

"He is very strong mentally but he is sad because he was very eager to show Real Madrid fans what he is capable of at such an important stage of the season.

"We've been in contact. We are very sad. Now we have to look ahead and hope he recovers as soon as possible. He is very focused on wanting to recover for the end of the La Liga season. He is already looking ahead."

Martinez says no decision has been made on whether Hazard will undergo surgery or opt for a conservative treatment.

"Real Madrid's medical staff are looking at all the options," he said.

"We are confident the right decision will be taken. We are very confident in Madrid's medical staff. We have all the information."

Asked if he was worried about Hazard missing the European Championship, which kicks off on June 12, Martinez added: "No. I'm not worried. It's 15 weeks [until then] and I'm confident that Eden will play for Madrid this season.

"How he arrives at the European Championship is a different matter but I'm certain he will play before the end of the campaign."