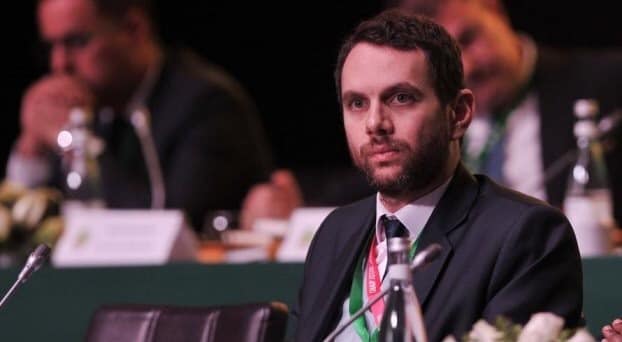 Former CAF General Secretary Amr Fahmy died on Sunday at the age of 36 after a long battle with cancer.

Fahmy, who intended to run for president in CAF's next elections in 2021, suffered a recent relapse in his cancer treatment following the first treatment in Germany two years ago.

He was appointed in November 2017 as a replacement for Moroccan Hicham El Amran but got fired less than two years into the job.

Fahmy comes from a family who all served as the CAF Secretary General with his grandfather Mourad Fahmy serving from 1961 to 1982 followed by his father Mustapha Fahmy who was in charge from 1982 to 2010.

Despite his dismissal from the post and public criticism of the CAF President Ahmad Ahmad, the Egypt based organisation wasted no time in expressing their shock.

"It is with great deal of sadness and emotions that we received the shock news," CAF said in a statement carried on its official website.

"On behalf of CAF, we extend our deepest condolences to his family especially his parents, his spouse and daughter.

"Our thoughts are with you at this difficult moment, and may God have mercy on his soul."

Fahmy's father and grandfather also served in that the same position.

Fahmy served as the CAF Secretary General from 2017 to 2019 before leaving and deciding to enter the upcoming presidential elections for the CAF in 2021.

Additionally, Fahmy holds a FIFA Master’s in Management, Law and Humanities of Sport, and has a great experience from working in the CAF.

Fahmy worked as the general coordinator for the 2013 Youth World Cup held in Turkey, general director for the National African Cup of Nations tournaments from 2011 to 2014.

Moreover, Fahmy served as the general manager for the following African Cup of Nations tournaments: 2013 and 2015.

Following these tournaments, Fahmy became the assistant of the general coordinator for the 2016 Olympic Games in Rio de Janeiro before serving at French-based Lagardere Sports as director of the operations for Africa from August 2016.