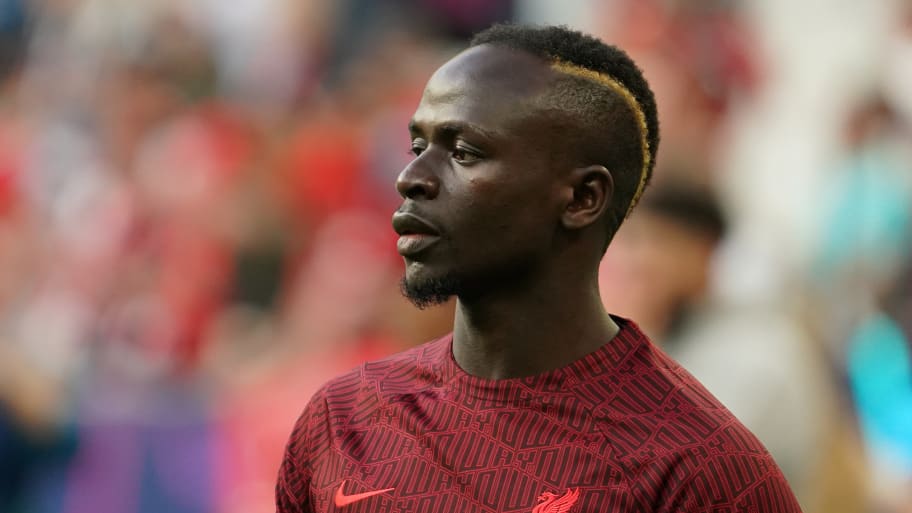 Sadio Mane has been pictured in a Bayern Munich shirt for the first time as he prepares to seal a move from Liverpool.

The forward was in Germany for his medical on Tuesday morning ahead of a transfer which could cost around £35m with add-ons. The Bavarian giants struck a deal for Mane late last week, and after some uncertainty the 30-year-old is about to put pen to paper with Die Roten.

Mane is set to be unveiled as a Bayern player imminently, and he has already been photographed in the famous red of the Bavarian powerhouse.

Journalist Philipp Kessler tweeted a photo of Mane donning a Bayern training top as he signed autographs for supporters outside the medical centre in Munich.

Mane signalled that he was open to leaving Liverpool at the end of 2021/22 and 90min understands he even waived some fees in order to seal a switch to the Allianz Arena.

The Reds have already moved to replace the Senegal international by signing coveted striker Darwin Nunez in a €100m deal from Benfica. The Merseysiders also prepared themselves for Mane's possible exit with the arrival or flying winger Luis Diaz from Porto in January - a player who operates on the same flank.

Meanwhile, Mane becomes Bayern's third signing of what has been a busy summer already. Right-back Noussair Mazraoui has already joined on a free transfer from Ajax, while Die Roten paid an initial €18.5m to sign his teammate Ryan Gravenberch.


This article was originally published on 90min as Sadio Mane pictured in Bayern Munich shirt.