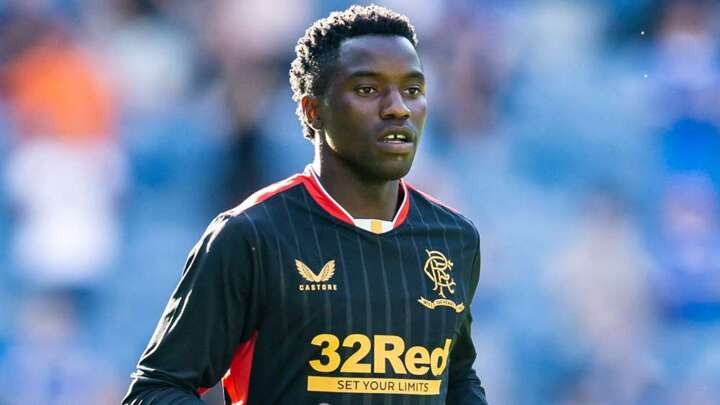 Fashion Sakala scored his maiden goal for Rangers in their historic 2-1 comeback victory over Real Madrid.

The 24-year-old made his second appearance in Steven Gerrard's team on Sunday after he made his debut in a goalless draw against Brighton & Hove Albion the previous day.

It was a special game for the Scottish champions as it was part of their 150th anniversary celebrations.

Sakala led Rangers' attack but they found themselves behind eight minutes into the encounter after Rodrygo beat goalkeeper Allan McGregor with his shot.

The early goal separated both teams at the break but Sakala linked up with Glen Kamara in the 55th minute to score the equaliser.

A few minutes later, things turned to worse for Real Madrid as Nacho received a second yellow card and the visitors were reduced to 10 men.

Rangers, in turn, took advantage of the expulsion as Cedric Itten - who replaced Sakala on the hour-mark - grabbed the match-winning goal in the 77th minute.

Nigeria centre-back Leon Balogun started on the bench and he was later introduced in the 85th minute for Connor Goldson while his compatriot Joe Aribo did not make the matchday squad.

Before his move to Glasgow where he signed a four-year deal with Gers, Sakala dominated the Belgian First Division A with his goals for KV Oostende.

Last season, he scored 16 goals in 33 league appearances and he will be aiming to replicate the impressive form in front of goal as Gerrard's men look to defend their Premiership title.

Rangers will begin their 2020-21 campaign with a league fixture against Livingston at Ibrox Stadium on Saturday before taking on the winner of the clash between Malmo FF and HJK Helsinki in their Uefa Champions League qualifiers.