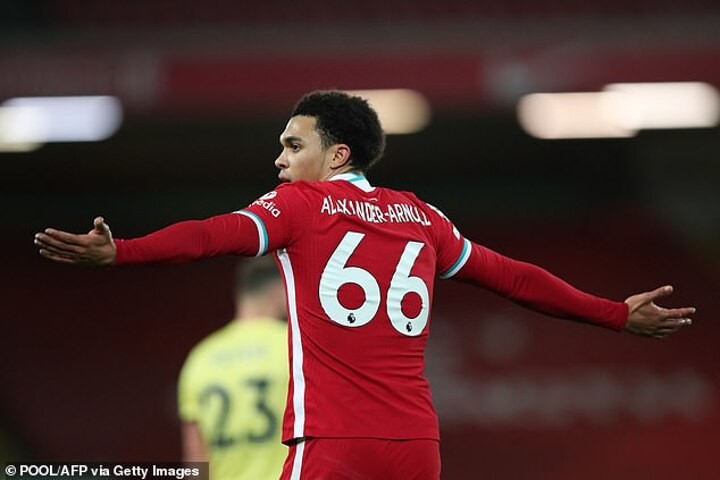 Liverpool have produced 104 crosses from open play in their last four games, with 30 of those coming against Burnley.

Trent Alexander-Arnold was whipping the ball in over and over, and his 5ft-something team-mates were failing to meet them.

I scored my fair share of goals with my head but, at 6ft 3in, I had a fighting chance! Burnley’s big defenders were gobbling up Alexander-Arnold’s crosses.

But still Liverpool relied on this tactic, as they have in their previous goal-shy games. Their 1-0 loss to Southampton at the start of this month saw them produce 35 crosses from open play — their most in a Premier League match under Jurgen Klopp.

What was Albert Einstein’s definition of insanity again?

Liverpool are repeatedly crossing the ball and results aren’t changing. Looking at their struggles in front of goal, I’d like to see more from Roberto Firmino.

He’s been their false nine who is better known for being selfless than grabbing goals. But Mohamed Salah and Sadio Mane are struggling to score.

Confidence is low and they aren’t anticipating where the ball is going to go as they normally would.

This is when Firmino could do with chipping in. Liverpool won the title with him contributing nine goals.

A total of 25 players bettered that in 2019-20. Firmino got away with it because of Salah and Mane. Now it would be nice to see him get his numbers up.