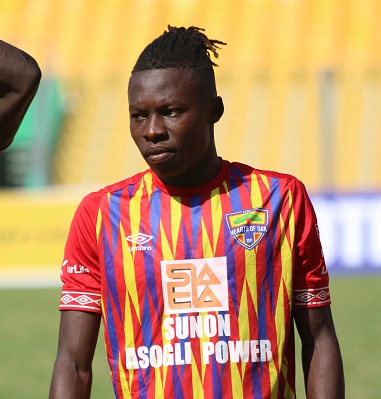 Hearts of Oak midfielder Salifu Ibrahim is expected to miss the remainder of the season after picking up a serious injury.

The 21-year-old suffered an ankle injury in Hearts’ 1-1 draw against Karela United in the Ghana Premier League on Monday.

He had to be stretchered off, and it's possible he won't play again this season.

Ibrahim, who joined Hearts from Techiman Eleven Wonders, has had a difficult time in Ghana's top-flight due to a series of injuries.

He was injured in Hearts of Oak's away game against Karela United at the CAM Park in January of this year, and he was sidelined for several weeks.

According to the Hearts of Oak medical staff, they will examine him to determine the extent of his injury, but he will most likely be out for the rest of the season.

Hearts have four games left, including an excellent match against Techiman Eleven Wonders.

After 30 games, Samuel Boadu's team is fourth on the table with 48 points.