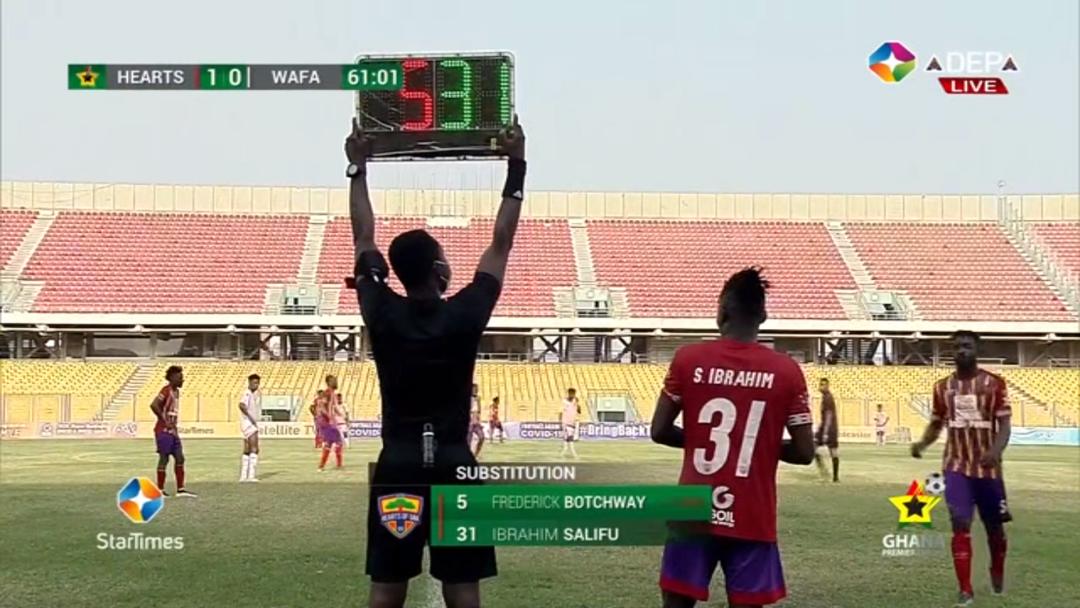 Salifu Ibrahim coming on for Frederick Botchway on his Hearts of Oak debut.

Salifu Ibrahim played his first match for Hearts of Oak on Sunday, 7 March 2021, as the Phobians walloped WAFA 4-0 at the Accra Sports Stadium in the Ghana Premier League.

The winger was introduced in the 62nd minute for Frederick Ansah Botchway when Hearts leading 1-0 thanks to Patrick Razak's 33rd minute opener.

The winger played a big role in the fourth goal scored by Michelle Sarpong in injury time.

Ibrahim raided the right flank and whipped in a cross which looked over hit but it found Umar Manaf who released Ovouka on the left.

The Congolese left back's attempt at goal found Sarpong who had the goal to his mercy and he slotted home.

Ibrahim started the season with Ghana Premier League side Eleven Wonders where he was their poster until Hearts of Oak side him.