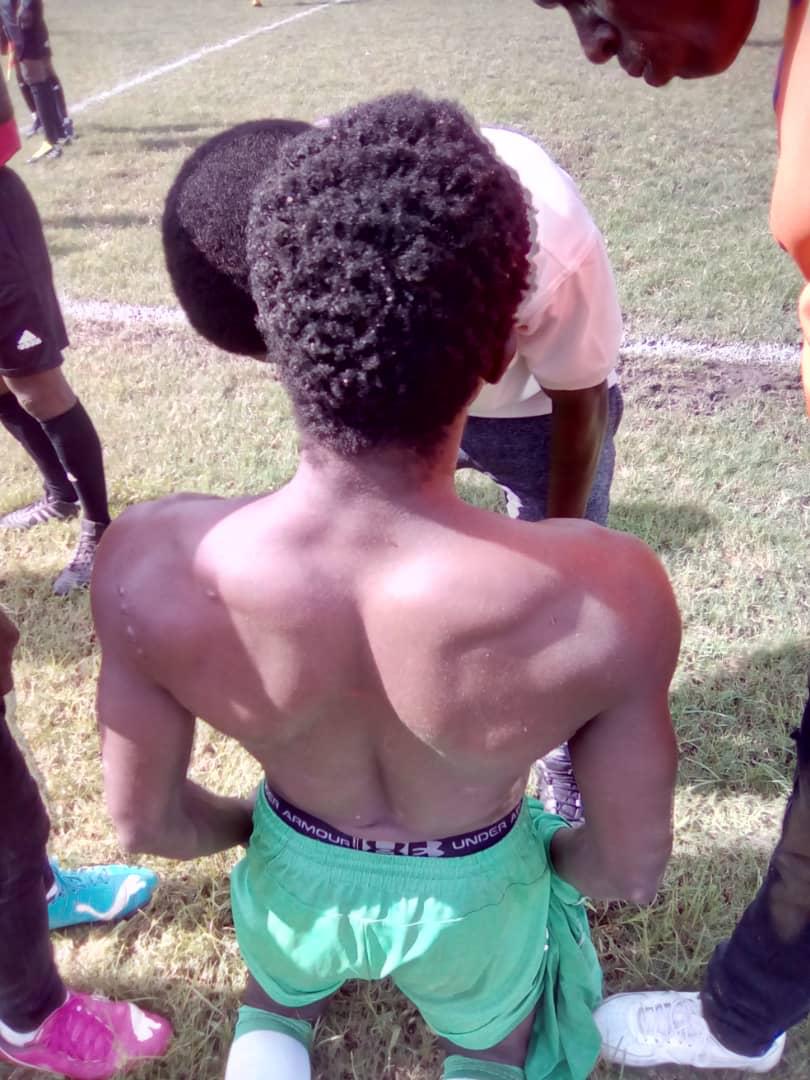 Samartex defender Evans Quao has been accused of faking an injury during his side’s ill-tempered tempered defeat against Medeama in the Tier 11 competition on Sunday.

The Centre-back intentionally fell down, claiming he was hit with an object by an unidentified supporter while making his way into the pitch.

But shocking images have shown that officials appeared to have u used a red marker to paint a picture of an attack in an attempt to make a sensational rant claim against the home side. 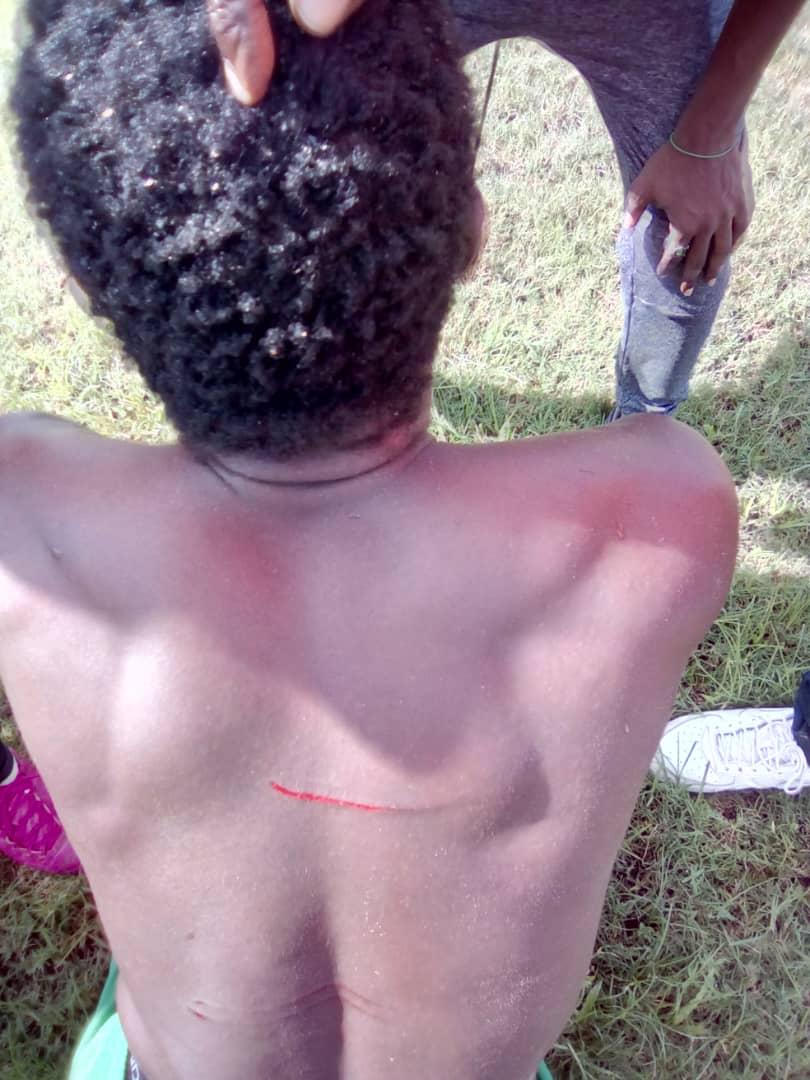 The defender is alleged to have faked the injury in attempt to have the Round of 16 clash against the Mauve and Yellows abandoned.

The defender was caught in a heated argument with some home fans amid suspicion it was in an apparent attempt to throw the match into confusion.

The former Medeama defender was one of the two players who missed their spot kicks to ensure the two-time FA Cup winners win in a dramatic 9-8 penalty shoot-out.

It’s unclear if the Ghana Football Association will look into the matter after studying the report of the Match Commissioner and the referee.