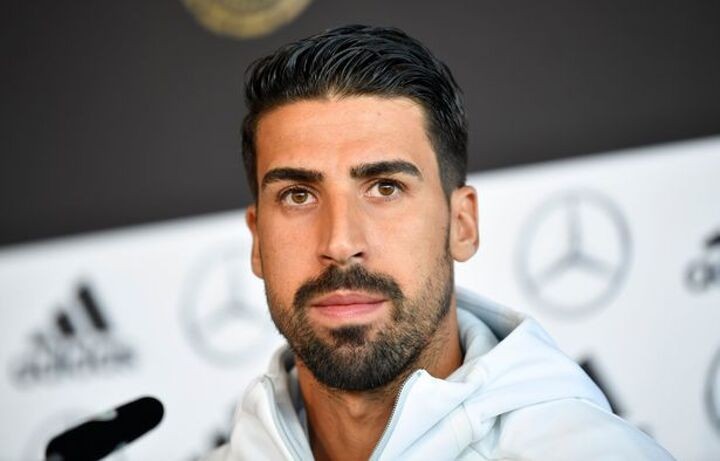 Sami Khedira has once again talked up a move to the Premier League with a fresh transfer admission.

Khedira, 33, finds himself out of favour at Juventus and has not made a single appearance this season.

The midfielder has previously been linked with Arsenal and Manchester United, while he worked under Tottenham boss Jose Mourinho and Everton manager Carlo Ancelotti during his five seasons with Real Madrid.

Khedira recently admitted it has always been a "dream" of his to play in the Premier League after winning titles in Germany, Spain and Italy.

And he doubled down on his stance over a move to the English top-flight in his latest interview.

“If the opportunity arises to move to the Premier League, that's an option,” Khedira told German outlet  ZDF .

On his relationships with Mourinho and Ancelotti, he added: “There are talks and an exchange. We never lost touch after our time together at Real Madrid.”

Though he is keen on an exit from the Allianz Stadium, Khedira wants to leave Juventus on good terms.

He has scored 21 goals in 144 appearances for the Old Lady, helping them win eight major honours including five Serie A titles.

“If you can't do it on the pitch in games, you can do it in training and off the pitch," said Khedira.

"When I go, I want Juve and their fans to remember me as a great player.

Khedira still harbours hopes of a return to the German national team, though he has not featured for his country since 2018.

The 2014 World Cup winner said: "[The top priority is] to be back on the pitch with a club, then it has always been my aim to strive for the highest. That is and will remain the national team.”