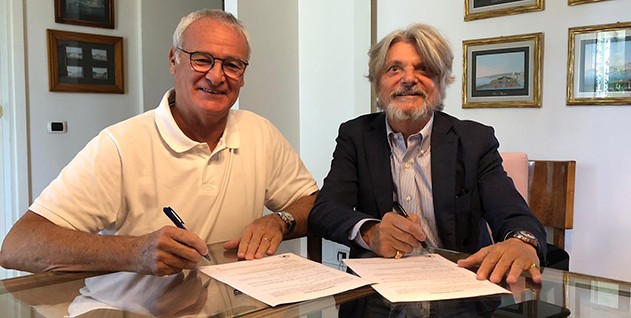 Sampdoria have confirmed the appointment of Claudio Ranieri as coach.

Ranieri has been out of work since his Roma contract ended last summer, having replaced Eusebio Di Francesco in the capital. Now, he’s following that same path of replacing Di Francesco, though he’s signed a longer deal in Liguria.

“President Massimo Ferrero and U.C. Sampdoria are delighted to welcome Claudio Ranieri to the club,” read an official club statement on Saturday afternoon.

“Ranieri has been appointed as first-team head coach on a two-year contract until 30 June 2021.

“The president wishes the new coach, his staff and the team all the best for the rest of the season.”