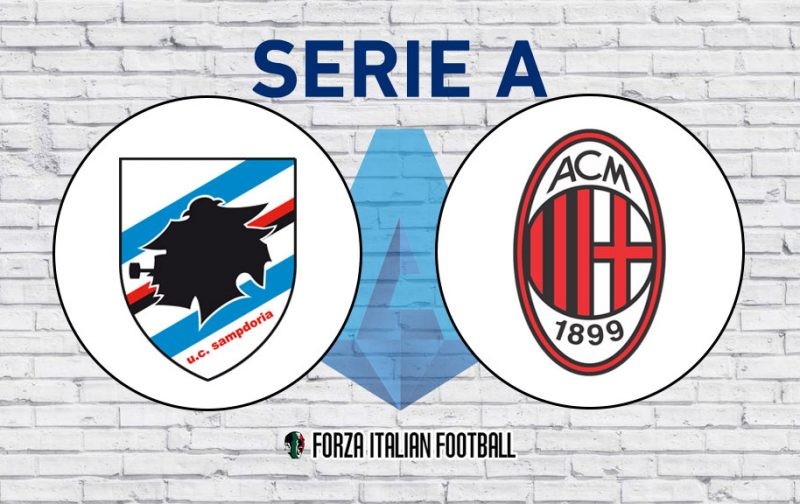 AC Milan aim to keep up their excellent start to the season when they travel to Genoa on Sunday night to take on Sampdoria (kick-off 20:45).

– Sampdoria have lost 64 Serie A matches against AC Milan, only against Inter (69) have they suffered more defeats in the top flight.

– After winning all of their three games played in October, Sampdoria collected two points in four league matches in November 2020.

– Sampdoria have scored in each of their last 12 Serie A home matches: the last time Blucerchiati enjoyed a longer such streak was in September 2010 (13).

– In case of a goal, AC Milan will set their new record of scoring in consecutive Serie A games (30); in fact, the Rossoneri equalled the previous such streak established between 1972 and 1973 (29) in the last matchday against Fiorentina.

– AC Milan have won their last six away league games; the Rossoneri have only managed a longer such streak twice before in their history in Serie A: in 1993 under Fabio Capello (nine) and in 1964 under Nils Liedholm (seven).

– AC Milan (+12 goals) and Sampdoria (+9) are the two sides with the highest positive difference in goals scored compared to last season after the opening nine Serie A games.

– Since the restart of the leagues last May, AC Milan are one of the two sides (alongside Manchester City) with five players to have scored at least five goals in the top five European leagues: Ibrahimovic (17), Kessié, Calhanoglu, Leão (all at six) and Rebic (five).

– AC Milan are the side Sampdoria’s Fabio Quagliarella has faced the most times in home Serie A games (14) without ever finding the net.

– AC Milan are unbeaten in their 17 Serie A games where Franck Kessié has found the net (W15 D2) – the Ivorian midfielder has scored 19 league goals with the Rossoneri so far.