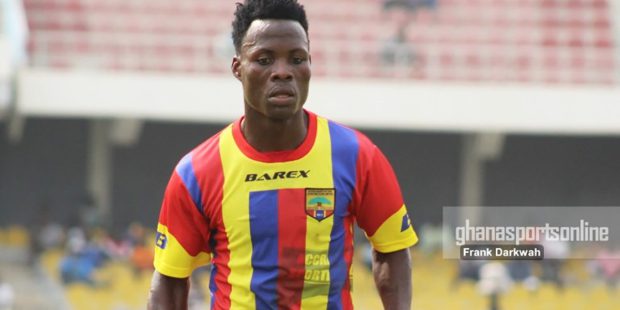 Earlier today, Thomas Abbey made some damning disclosure about why the Phobians were massacred by sworn rivals Asante Kotoko in the 2017 FA Cup final in Tamale.

Abbey, who captained the Accra-based giants in the final, revealed that they had gone three months without salary and seven match winning bonuses arrears prior to the final.

However, Samudeen has been quick to debunk Abbey's claims in a subtle shot on social media

The midfielder scribbled on his official Facebook timeline that Abbey is tarnishing the image of his former teammates that played in the match.

"I see a single player trying to tarnish the image of all his colleagues with something they know nothing about..... Painful World" Samudeen wrote.

Saddick Adams scored a first half hat-trick before Thomas Abbey grabbed a consolation for Hearts of Oak as Asante Kotoko clinched the cup 3-1 at the Tamale Sports Stadium.