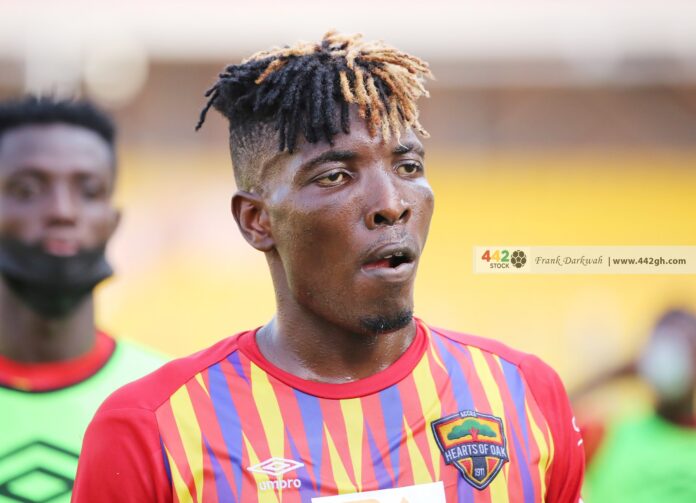 Hearts of Oak coach Samuel Boadu says the club felt the absence of midfielder Benjamin Afutu in the win over CI Kamsar.

Afutu did not play on Sunday due to unresolved contractual issues. The midfielder’s contract with the club expired last month and an agreement has not been reached for a new one.

Hearts registered Afutu for CAF Champions League hoping that they will get him to sign an extension before their first match against Guineans.

But it did not happen and the Phobians had to face Kamsar without Afutu who was one of the best players last season.

And although Hearts won 2-0 thanks to late goals by Kofi Kordzi and Salim Adams, Boadu said he missed the midfielder.

“No one can say Afutu’s absence wasn’t felt. Even off the field of play, he is very disciplined and I love the boy so much and I wish he’s here with us. For Afutu, no doubt I will do my possible best (to get him back)," Boadu told Happy FM.

Hearts come up against Wydad Casablanca in the second preliminary round in October.