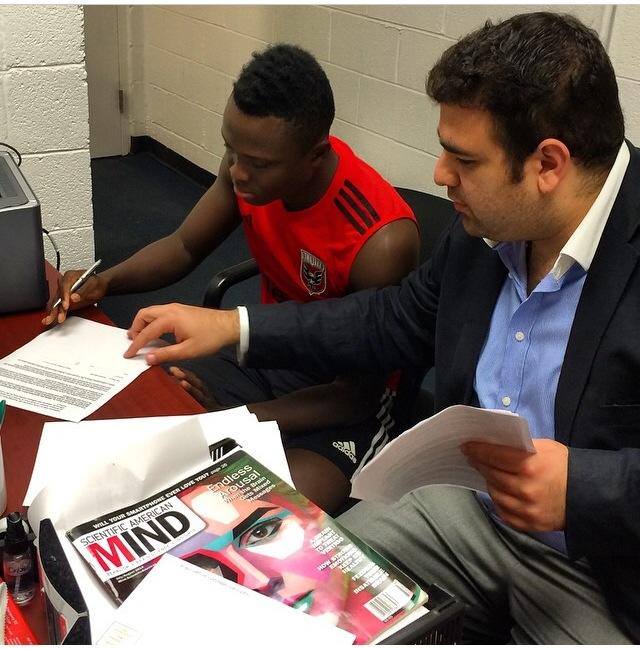 The 25-year-old joined the Washington-based side on Friday with little details of his contract revealed and will wear the number 21 jersey at the club.

After failing to secure a move in England before the closure of the transfer window, the experienced agent managed to secure a move to the American top-flight league and the former FC Dnipro defender says he is grateful to his agent.

The defender who was left out of the Ghana squad for the 2015 AFCON qualifiers against Uganda and Togo posted a picture of his agent and himself saying he is the best agent in the world.

"Christian, [you] are the best agent in the world. This is why [I] signed 20 years contract with you," he posted on his official Facebook page.