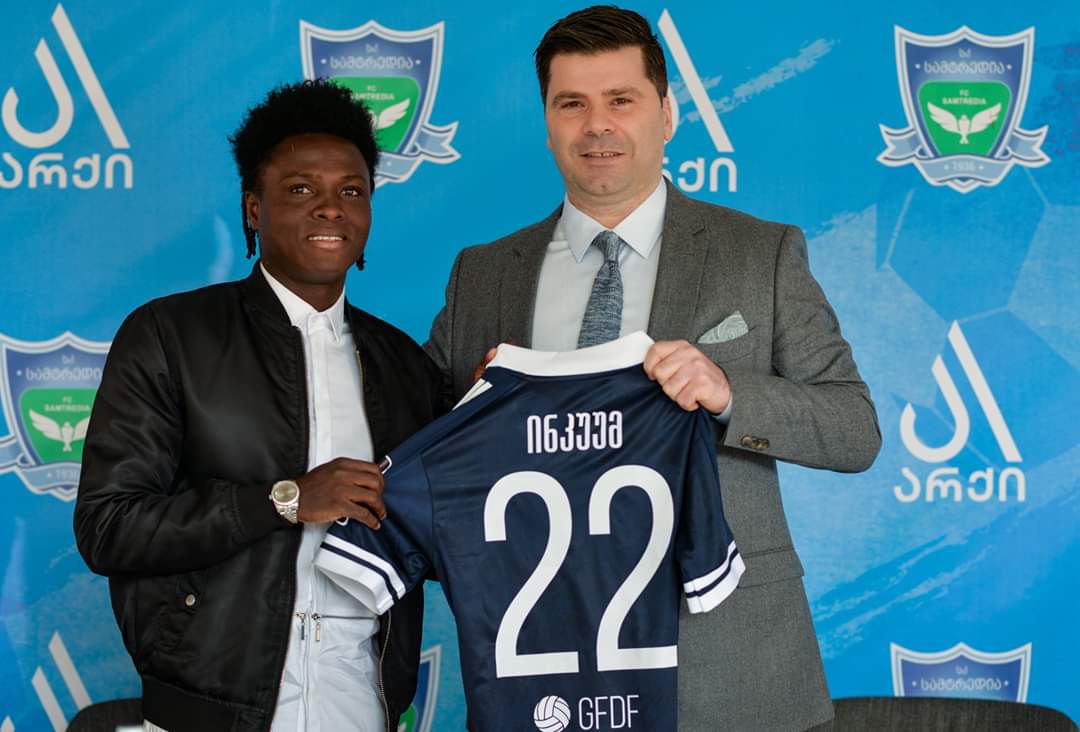 Ghanaian defender Samuel Inkoom has been explaining the reason behind the decision to sign for Georgian side FC Samtredia.

The 30-year-old signed a six-month contract with the side in February 2020.

The former Ghana international has revealed the reason for opting for less-fancied Georgia.

"Two years ago, when I completed a 1-year disqualification due to financial disagreement with the agent, I received an offer from Shevardeni, Aka Goshadze contacted me. It is true that Georgia was one of the countries I wanted to visit, but I did not want to play in the second division,"

"Later, I received an offer from Gegi Kikabidze, who offered me to come to Samtredia. Then I found information about this club and learned a lot, for example, that this club recently became the champion of Georgia, then failed, and now it has returned to the top league.

"During the negotiations, I learned about the team's goals. The fact that this club has high goals. I liked the conditions offered to me from Georgia, I considered it the best option and most importantly, I did not forget the promise given to my Georgian teammates.

"I like the plan of this club, the attitude of the management, the coaching staff and Kakha Kacharava directly towards the goals. I would like to thank Gegi Kikabidze, Mikheil Khutsishvili and Levan Zukhbaia for inviting me to play in this club.

"In the first two rounds, I was convinced that easy matches would not happen in Georgia, but I came to "Samtredia" to win the championship."