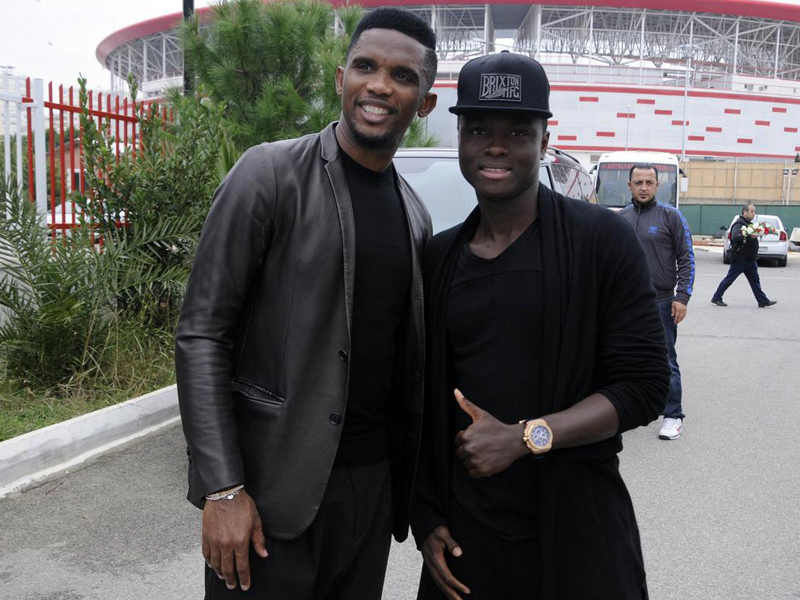 Defender Samuel Inkoom has revealed how African legend Samuel Eto'o Fils rescued his career and facilitated his transfer to Turkish side Antalyaspor.

The right back had managed just a total of ten appearances for DC United in 2014 and Boavista 2016.

Inkoom had seen his stock plummet and was as struggling for game time when the surprise came from the four-time African Footballer of the Year.

''He's such an amazing guy. I was in Boavista, Portugal at that time and I received a call from [Eto'o] and he said 'hey listen, I want you in my team'. I said if you are there and Eto'o calls you that he needs you then you need to know that you have something that is amazing,'' the 2009 FIFA World Cup winner told Joy Sports.

''He [Eto'o] spoke to the Antalyaspor and they talked about the personal terms, the transfer fee and everything. At the end of the day, it was a great feeling to play with him. He is a living legend and I was so happy to play with him.''

Inkoom had a successful six month spell where he made 14 appearances in the 2015/2016 season.

But he fell down the pecking order during the 2016/17 season and was restricted to just one appearance.