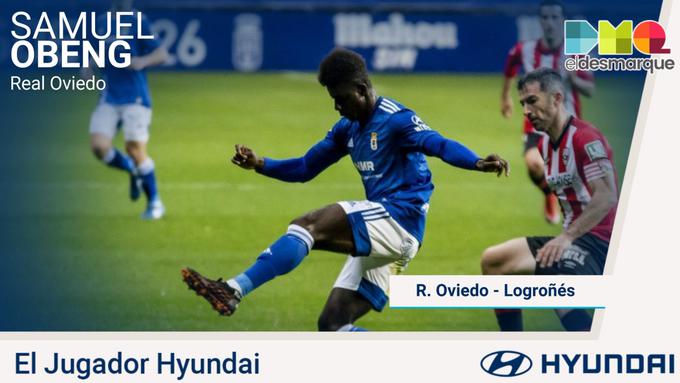 Ghana forward Samuel Obeng was adjudged man of the match in Real Oveido's 3-2 defeat to Logrones in the Spanish Segunda division.

The Ghanaian international scored in the game but was not enough to save his side from defeat at home.

Pablo Bobadilla Saenz scored an own goal to hand Real Oviedo the lead in the 5th minute of the first half.

Leonard Ruiz scored a brace in the 46 and 50th minute to increase the lead for the away side.

Samuel Obeng got the equalizer for Real Oviedo with his goal in the 57th minute to see the game tie 2-2 after Leonard Ruiz brace.

Spanish forward David Gonzalez struck the match-winner for Logrones in the 71st minute to secure the win for the away side.

The Black Meteors striker was named man of the match with his impressive performance despite the team's defeat at home.

Real Oviedo is placed 20th on the league log in the relegation zone after nine matches played in the ongoing campaign.