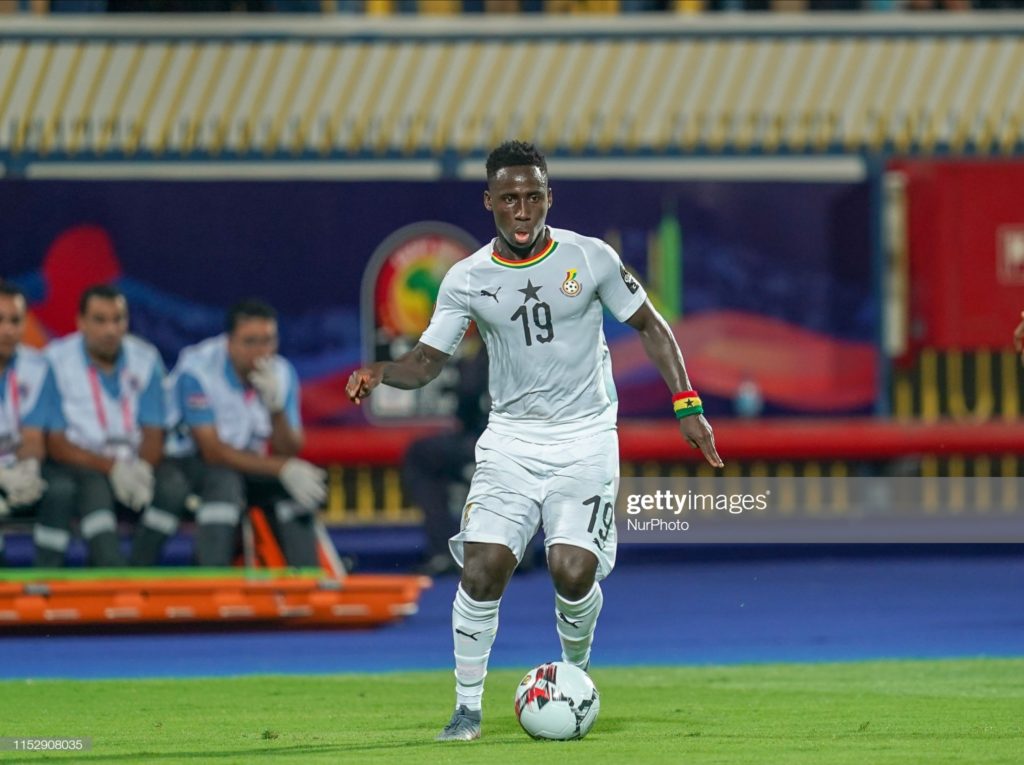 Samuel Kwame owusu of Ghana during the 2019 African Cup of Nations match between Benin and Guinea-Bissau at the Ismailia stadium in Ismailia, Egypt on June 29,2019. (Photo by Ulrik Pedersen/NurPhoto via Getty Images)

Olympique Marseille could be the possible destination for Ghana's 2019 Africa Cup of Nations star Samuel Owusu.

The talented winger has also been linked with giants Paris Saint-Germain but that move is off.

This was after Thomas Tuchel's side paid € 18m for the services of Pablo Sarabi from Sevilla.

It seems that the more realistic option is to move to the Stade Velodrome.

The 23-year-old impressed with the Black Stars in Egypt despite suffering early elimination and has become the target for some elite European sides.

But in 2017 he returned to Serbia to sign for Cukaricki as a free agent.