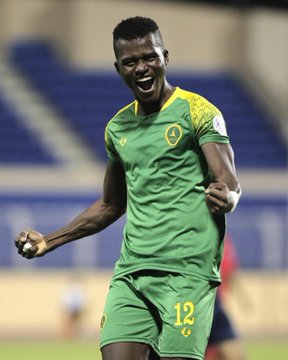 Former Liberty Professional captain Samuel Sarfo 'Maldini' was on target again for Saudi Division One side Al Khaleej as they defeated Al Nojoom on Wednesday night.

The defender rose high to head the opener on 20 minutes as Khaleej went on to win 2-1.

The goal was his third in four games for the club after scoring a brace against Al Jabalain last week.

Ulrich Kapolongo scored Al Khaleej's second in the 51st minute to give his side a two goal lead before the travelling side pulled one back.

Sarfo has become a key member of the club since joining in the summer from Iranian side Saipa FC.