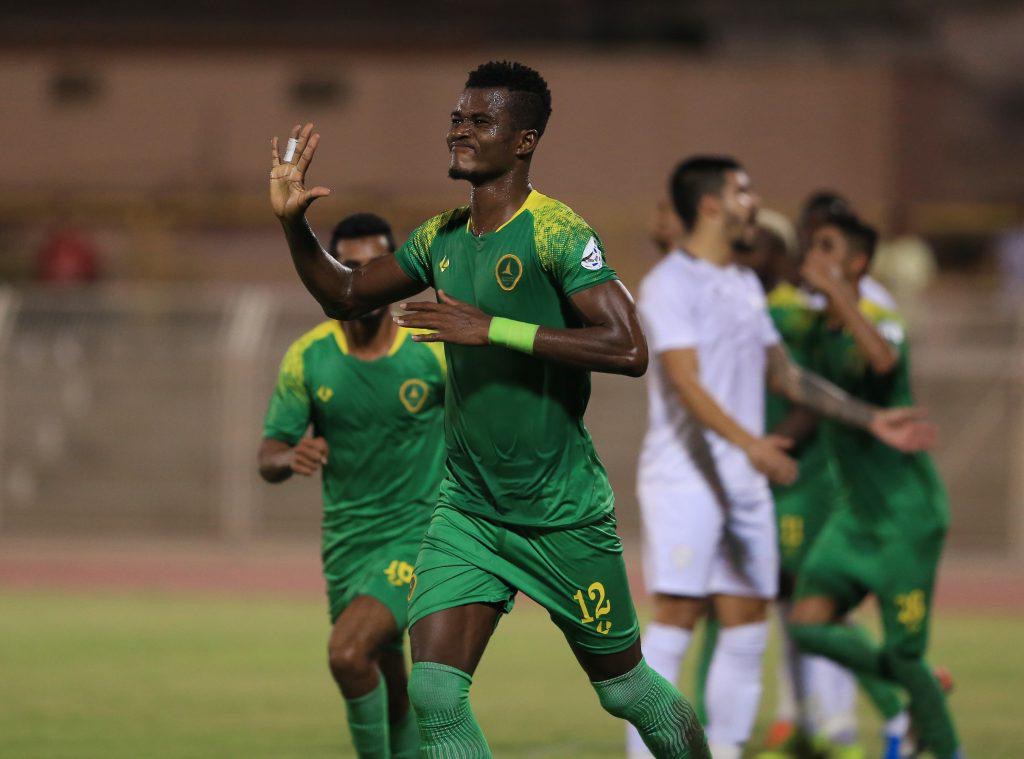 Ghana defender Samuel Sarfo scored but was sent off as Al Khaleej lost 3-2 at home against Najran SC in the Saudi Arabian top-tier league on Wednesday.

Abdulhadi Aldosari put Al Khaleej ahead after just 4 minutes into the game.

But Brazilian defender Carlos Batista pulled parity for the visitors in the 10th minute.

In the 44th of the game, Samuel Sarfo climbed highest to nod home to restore the hosts’ advantage ahead of recess.

However, Mubarak Mufleh Al Soqour brought Najran back into the game again with a simple finish on the 70th minute mark.

Al Khaleej were dealt a heavy blow with ten minutes to end the match as key guardsman Sarfo was given his marching orders for a dangerous play.

Najran capitalized on the numerical advantage and duly punished the hosts following a 88th minute strike by Hussein Halwaini.

Sarfo has established himself as key cog in the side after joining this season from Iranian outfit Saipa FC.

He has scored five goals in eight games for the club.