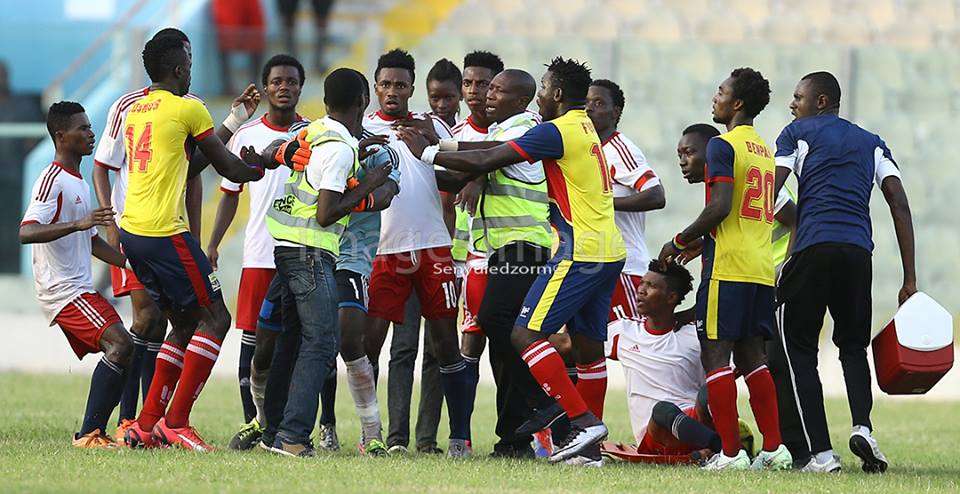 West Africa Football Academy youngster Samuel Tetteh says his disappointed he will only be able to watch his side play from the stands but was certain his colleagues will pick up three points.

The Black Stars winger was sent off after getting involved in a brawl with some of the first aid personals in their 1-1 draw game against Hearts of Oak last weekend.

The sending off was Tetteh’s first ever in his young career and it deprives him of an opportunity to add to his seven goals this weekend.

“I am really disappointed I am not going to play but sometimes football is that way,” Tetteh told Accra based Citi-FM

“I am very certain that my colleagues will win but I really want to get involved in the games and be playing.”

WAFA is 6th on the league table with an opportunity to climb to top four with a win against Dwarfs this afternoon.