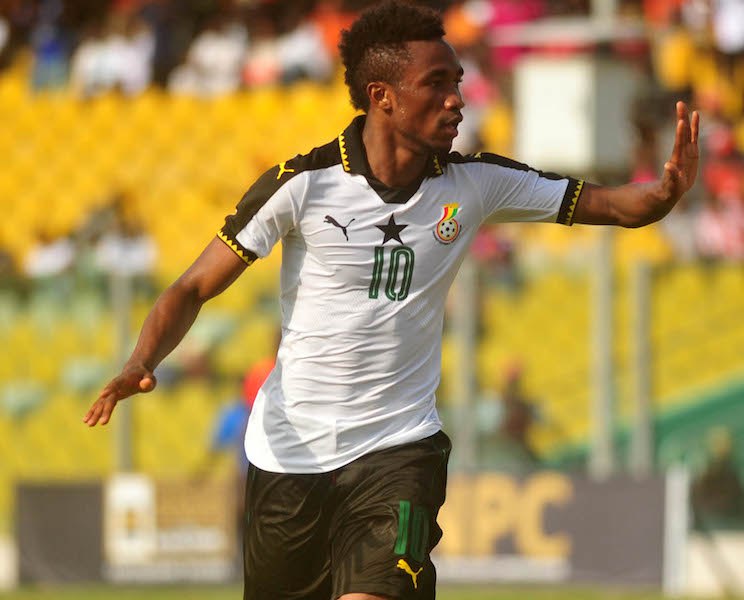 Ghana and Red Bull Salzburg midfielder Samuel Tetteh has wished the Black Stars well ahead of the 2019 Africa Cup of Nations to be staged in Egypt.

The national team is currently in Abu Dhabi preparing for the tournament which kicks off on June 21, 2019 with Ghana playing its first game on June 25 against Benin at the Ismaili Sports Stadium.

Despite not making the squad for the tournament, Samuel Tetteh has wished the team well as Ghana looks to lift its first title in 37 years.

“I wish the Black Stars all the best of luck ahead of the 2019 Africa Cup of Nations. They should give their all in the tournament. I am going to pray for them and give them my support, he told Oman FM.

Samuel Tetteh was on loan to LASK Linz in the Austrian Bundesliga last season where he scored four goals in the campaign.

The former West Africa Football Academy player earned his first call to the Black Stars in November 2015 against Comoros in a World Cup qualifier.

The 22-year old was part of the 2017 Ghana AFCON squad that reached the semi-finals of the competition and were eliminated by Cameroon.