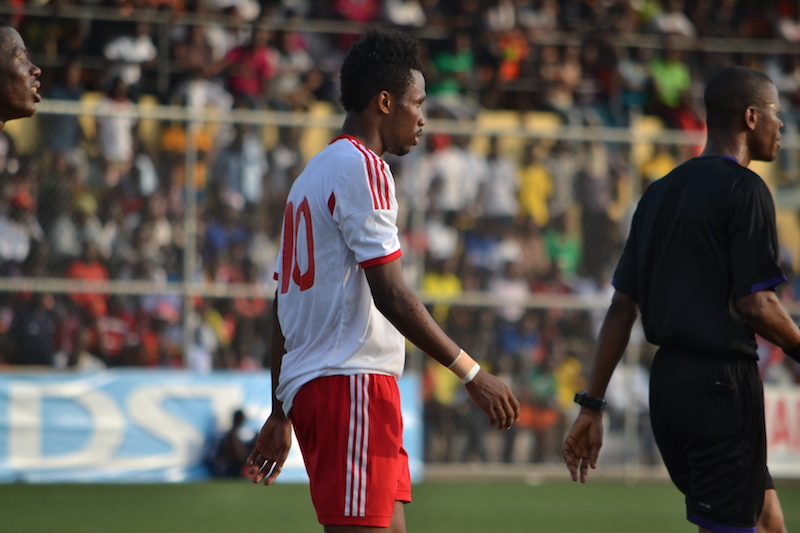 Tetteh, 21, scored the second goal of the afternoon after Charles Boateng had put the home side ahead in the first half.

The talented midfielder after scoring confused the Kotoko defense with his swift skillful exploits, connecting well with Gideon Waja but the latter was flagged offside with goalkeeper Ofori Antwi at his mercy.

Tetteh's performance on the afternoon placed him at the center of hard tackles as he forced Kotoko defender Attah Kusi to attract the first yellow card of the day.

The Local Blacks Stars midfielder who was the only outfield local player to have been invited to the main Black Stars by head coach Avram Grant justified his invitation when he compelled the experienced Kotoko players to chase their own shadows.

Tetteh has therefore made history as the first player to win the MVP in the 2015/16 Ghana Premier League.